Will there be a post-Brexit fintech boom? 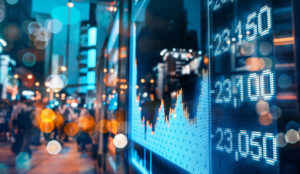 The story of an emerging fintech boom has been making headlines for nearly a decade, during which time London has successfully forged a reputation as a global fintech centre. Its pre-eminence in digital payments, online lending and finance start-ups is partly thanks to light-touch regulation, supervised by the Bank of England.

Fintech businesses in the UK, which now employ nearly 80,000 people, attracted a total £38.4bn in investment in 2019, compared to £20.1bn a year earlier. Data is now pivotal to the way firms operate and engage with each other and with their consumers. In a post-Brexit environment, the UK seems set to capitalise further.

Fintech firms will continue to flourish post-Brexit, according to John Collison, co-founder of payments giant Stripe, which is valued at around £75bn. He recently told the Telegraph that he is “very bullish” about the prospects for UK fintech firms, adding that London outstrips the US in terms of market sophistication.

According to KPMG, the UK accounts for 11% of the global fintech industry and is the second biggest market in the world for fintech investment. Fintech is currently worth £6.6 billion to the UK economy, while 82% of global financial services are expected to increase fintech partnerships over the next 3-5 years.

There has already been a proliferation of London-based neobanks – fintech firms that offer internet-only financial services without physical branches. Examples include Revolut and Monzo, which now enjoy billion-dollar valuations. Meanwhile, currency exchange businesses, such as Transferwise and WorldRemit, have become major players in international payments systems.

Fintech first began to make its mark in the aftermath of the global financial crisis of 2008/9. The onerous level of financial services regulation that followed, accompanied by heavy fines and penalties for non-compliance, combined to create an innovation void in banks, which became over-cautious in everything they did. Until, that is, fintech filled the void.

Now Brexit is generating similar headlines with the promise that the full potential of fintech will soon be matched by reality for banks based in London. Central to this argument is that the UK’s huge competitive advantage in fintech is largely Brexit-proof.

In anticipation of Brexit happening, it was widely reported that banks moved billions of dollars in assets to Paris, Frankfurt and elsewhere in the EU. But they moved far fewer people than had been predicted, with estimates of around 7000 having been relocated. Simultaneously, the UK has retained clear ambitions to steal a march on its rivals in digital finance, as British legislators seek to capitalise on its newly-established regulatory freedom.

That the UK’s formally agreed departure from the EU continues to create uncertainty and speculation in almost every sector is unambiguous. But the post-Brexit picture in financial services and fintech is arguably more nuanced.

Even though a trade deal has finally been signed, it only reached a definitive agreement on goods, as well as imports and exports. The overall substance remains quite broad, leaving much of the detail yet to be negotiated and agreed in due course. Despite lingering uncertainty, the demands of business necessitate that different sectors have much greater clarity.

With the notable exception of legal services, the wider service sector has barely been touched. For the most significant of them, financial services – the bread and butter of the City – negotiations have yet to begin in earnest.

Although the UK has been generous compared to its EU counterpart in allowing European financial services companies to continue to operate in the UK on the basis of a temporary permissions regime, there has been no hint of reciprocity from the EU.

On the upside, notwithstanding Brexit uncertainty, the British economy now seems set to become even less bureaucratic than its EU counterpart. In mid-January PM Boris Johnson announced that the new Better Regulation Committee, which aims to cut EU red tape for UK businesses, will be chaired by none other than Chancellor of the Exchequer Rishi Sunak. Nevertheless, whether this leads to significant reform and a bonfire of regulations remains to be seen.

In exploiting the greater fluidity and dynamism that seems set to evolve, the fintech sector, and in particular cryptocurrencies, are defined by innovation. The corollary is that they are looking forward to operating in a decentralised and independent regulatory setting.

Despite lingering uncertainty, the fintech and cryptocurrency markets are already used to accommodating quite high levels of risk. Indeed, they often thrive in such environments, since market actors see this as an opportunity to innovate.

In its commitment to supporting innovation within financial services, the FCA has been supporting innovative firms who want to test their propositions in the market with real consumers. This has led to the widespread piloting of regulatory and digital sandboxes that provide support to products and services which are in an early stage of development.

The future of fintech in the UK will partly depend upon regtech, which is seeing greater technology adoption in compliance, which reduces costs and reporting time. London’s status as a global fintech hub arose from the supportive actions of British legislators and regulators. Post-Brexit, that seems set to continue.

The post Will there be a post-Brexit fintech boom? appeared first on Excello Law.