What will I get for my shares? 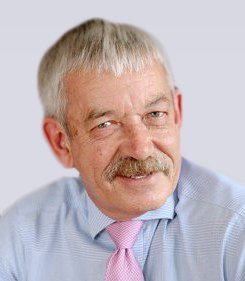 A lot of private companies have provisions written into their articles of association or into a shareholders’ agreement saying that any shareholder who wants to sell his shares must first offer them to the other shareholders.  The rules may also provide that the shareholder must offer to sell their shares in certain circumstances, such as leaving the company.   The rules are often technical and complicated, but, inevitably perhaps, a lot of the argument will be about what the shares are worth.  Typically, if the individual shareholder and the board cannot agree a fair value between them, the price will be fixed by the company’s auditors or an independent chartered accountant, and the rules will set out the basic principles to be applied in valuing the shares.

The Court of Appeal has recently looked at the rules as they applied to a disagreement between the shareholders of Lush Cosmetics, the High Street “soap” shop.  Their articles said that the shares were to be offered to the other shareholders at “the Prescribed Value”.  The Prescribed Value meant the value per share on the basis of a sale between a willing seller and a willing buyer in the open market and on the basis that the company was a going concern.  All fairly standard.  What the articles didn’t say was whether the shares were to be valued as a proportion of the total company value or whether the value should be reduced because they were a minority holding of shares.

The would-be sellers argued that valuing on the basis that the company was a going concern meant that you had to value to whole company.  The buyers, on the other hand, argued that a notional “willing buyer” would not pay full value for shares which didn’t give them control of the company, and that the value should be discounted – a principle often taken into account when valuing shares for various purposes, and often leading to discounts of 50% or more against the proportionate value.

Looking at exactly what the articles said, the Court of Appeal picked on two apparently innocuous words: “per share”.  They concluded those words meant that you had to value the whole company and then establish a value per share by dividing the total value by the number of shares in issue.  In other words, the sale shares were to be valued on a proportionate basis.  If the articles had instructed the valuers to fix the price of “the sale shares”, that would have indicated the prescribed price was the open market price, after a discount.

Should your articles say a proportionate value or a discounted value?  That is a matter for the shareholders involved.  For companies or shareholders who have provisions like this in their articles or a shareholders’ agreement, it is worth looking again at the exact wording and making sure it says what you want it to say and that there is no doubt about what it does say.  The lesson is to amend the relevant rules, if necessary, to say clearly and expressly whether to discount or to value on a whole company basis.

Excello Law’s corporate team can help you review and, if necessary, amend your agreement.

The post What will I get for my shares? appeared first on ExcelloLaw.co.uk.