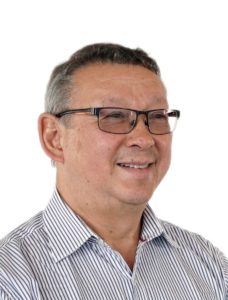 Readers will be aware of the Government’s stated intention to introduce measures intended to make it more “straightforward” for operators to reach agreement with landowners and occupiers of land “in order to improve coverage capability and capacity” (ECC Code of Practice) – the result was the Digital Economy Act 2017 (“DEA”), and more specifically Schedule 1, which sets out the Electronic Communications Code (“ECC”).

During the consultation process leading up to the passing of the DEA in April 2017, many representations were received from both industry and landowning interests, in attempts to influence the drafting of the ECC to each party’s benefit – the result is not necessarily as either side would ideally have liked.

The measures brought in by the ECC are wide-ranging and include, for example, significant changes to the way land is valued, and an automatic right for operators to upgrade and share their telecommunications apparatus.

It is not the intention of this article to examine in detail the statutory process available to operators to apply for and obtain “Code Rights” – suffice to say that such a process exists, and Virgin Media has decided to exercise its right to take advantage of the process.

The ECC is intended to make it simple for operators, landowners and occupiers to come to an agreement over a range of issues relating to the occupation of a site. This assumes responsibility on both parties to act in a manner consistent with the ECC, and the Code of Practice (“COP”) issued under it.

However, the COP does not have the force of law – its purpose is to “set out expectations for the conduct of the parties to any agreement made under the Code. It is not a guide to the Code or the Code regulations, but it is intended to complement them” (COP).

Having said that, it is almost inconceivable that the Courts will ignore the COP in any proceedings, but any award of ECC rights will have to follow the ECC first and foremost, and the parties’ conduct may go some way towards determining whether the basis for a compulsory rights application has been made out e.g. “that the public benefit likely to result from the making of the order outweighs the prejudiced to the relevant person” (paragraph 21(3) of the ECC).

In December 2017, when the ECC came into effect, many negotiations were stalled whilst operators reconsidered their positions, especially with regard to valuation issues. The writer is still involved in one case where, despite repeated requests, the operator has singularly failed to progress the matter notwithstanding that the lease concerned was all agreed, save for one issue regarding a “lift and shift” provision.

Experience therefore would suggest that operators have, at times, been using the ECC in a way that is inconsistent with the COP, and there must be a question for Virgin Media to answer,  as to whether they too have been guilty of an abuse of the ECC’s and COP’s provisions.

The COP states that one of its principal purposes is to establish a voluntary process which avoids  recourse to the courts and ensures “every effort” is made to reach a voluntary agreement.

The COP also says that the parties to any negotiation “should treat each other professionally and with respect” and that  operators “ought to be responsible for the behaviour and conduct of any contractors that they instruct to carry out work on their behalf” – a requirement that has clearly come back to haunt Virgin Media.

One of the allegations made against Virgin is that their contractors have obstructed driveways and caused damage to property. This clearly violates the ECC  in that an operator is instructed to not interfere with any means of access to or from any other land. Virgin have rebuffed this allegation claiming that they have fired the culpable contractors.

It would appear that Virgin Media have suffered at the hands of their (now ex) contractors, but have been unwilling to continue their negotiations with the Council in the face of the Council’s demand for payments which Virgin Media consider unjustified.

There is no guidance available as to what constitutes “every effort”, so we can but speculate as to whether Virgin Media complied with the requirement.

The provisions in the ECC relating to the payment of appropriate consideration are complex, and surveyors and valuers on both sides of the fence are still picking their way through them. There has been a feeling that mast rents (and consequently rents for other necessary infrastructure, such as equipment cabinets) would tumble following the introduction of the ECC, but whilst there has undoubtedly been some downward pressure, it remains to be seen how this will play out in the long run, e.g. at rent reviews.

In dealing with the issue of consideration, paragraph 23(5) the ECC says that the terms of any ECC  agreement “must include the terms the court thinks appropriate for ensuring that the least possible loss and damage is caused by the exercise of the code right to” landowners and occupiers. It is interesting to note that the force of the emphasised words is not lessened by the addition of “reasonable” or some other watering down.

The predominant issue for the Court to consider in this case is whether the Council’s payment demand is indeed holding the fibre rollout to ransom, or is merely a reasonable exercise of its rights as landowner to receive the proper consideration for cable laying.

Paragraph 24 of the ECC sets out that the consideration is to be “an amount or amounts representing the market value of the relevant person’s agreement to confer or be bound by” the particular code right or rights sought. In pre-ECC representations, the Country Landowners’ Association said that “the scale and effect is not likely to be as significant as originally thought as it is now clear that the basis for a site payment will remain that of open market value.”

The valuation is to be on the basis of a “willing seller and willing buyer”, and that the right being valued does not relate to the provision or use of an electronic communications network. The intention appears to be to try to set out the basis for a true “market value”, whilst avoiding any “special purchaser” element in favour of operators. If that is the case, one has to ask why the Council might not be perfectly entitled to demand terms which it considers as being “market value”.

The allegation that the Council are holding the rollout process to ransom is clearly down to Virgin Media’s frustration with the Council, but we have yet to see the Council’s response to the claim, which I suspect will be based on considerations of the operator’s compliance with the COP, and a close examination of the valuation principles enshrined in the ECC.

We can wager with confidence that if the matter is not settled without a full court hearing, the unsuccessful side will look to appeal any decision, and therefore this case should be watched closely for any further developments. It may be the first, but it probably wont be the last, case to be fought on this point!