Unconscious bias – there must surely be a sell-by date on such justification? 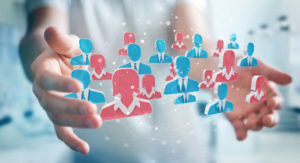 The issue of equal pay for women is far from resolved. The Equal Pay Act 1970, first made it law that men and women should be paid and treated equally in UK workplaces. Yet 40 years on from this landmark piece of legislation, we are still grappling with the issue.

Part of the reason for such slow progress could be that the biases at the root of the pay gap are often unconscious. Even otherwise sophisticated organisations appear to have real difficulty in recognising and addressing them. Such institutional blindness was recently highlighted by television presenter Samira Ahmed’s victory in her Employment Tribunal case against the BBC. The judgment in Ms Ahmed’s case was followed just days later by news that BBC Radio 4’s Sarah Montague had won a £400,000 settlement in an unequal pay claim. The BBC is reportedly facing around 90 unresolved equal pay cases, with 20 heading to the Employment Tribunal.

While Ms Ahmed’s hard-fought case represents a step forward on the path towards pay equality, the arguments deployed in court by the BBC show that there is still a long road to travel. Indeed, the very fact that the BBC fought its case all the way to the Tribunal is a cause of concern.

Ms Ahmed’s case against the BBC was straightforward. She argued that her work in presenting Newswatch was like that of which her comparator Jeremy Vine did in presenting Points of View. Both programmes were of similar length, content and format. However, Mr Vine was paid £3,000 per episode, while Ms Ahmed was paid just £440 per episode.

The court accepted that the work involved in presenting both programmes was alike for the purposes of the Equality Act 2010. This created a legal presumption that the difference in pay was unfair, thereby shifting the burden of proof to the BBC to show a justification for such a striking difference between the presenters’ salaries.

In its efforts at justifying the difference in pay, the BBC even ventured that an alleged glint in Jeremy Vine’s eye, and the cheeky nature of the programme, justified unequal treatment. The Tribunal’s judgment dryly noted the BBC’s argument that “the lighter tone of Points of View and the occasional attempts to be humorous meant that different skills were required to present it. The presenter of Points of View needed to have a ‘glint in the eye’ and to be cheeky.”

The Tribunal rightly gave this spurious argument short shrift saying that it had “difficulty in understanding what the [BBC] meant by a ‘glint in the eye’ and how that translated into a ‘skill’ or ‘experience’ to do a job. How does one acquire such a skill or experience?” The Tribunal also noted that, “The attempts at humour came from the script. Jeremy Vine read the script from the autocue. He read it in the tone in which it was written. If it told him to roll his eyes, he did. It did not require any particular skill or experience to do that.”

Counsel for the BBC also reportedly argued that, while Mr Vine was like a “concert pianist in a concert hall”, Ms Ahmed resembled “someone playing piano to a ballet class of 10 children”. This specious and indeed derogatory argument was made, despite that fact that Ms Ahmed’s Newswatch programme had higher viewing figures than Mr Vine’s.

Even if the BBC genuinely had not intended to discriminate, it showed a remarkable lack of self-awareness in failing to appreciate the obvious effect which unconscious biases within the institution had on the process of setting pay rates.

In the wake of the #MeToo phenomenon, you might have thought the corporation would be better aware of the need to taking women’s allegations of unequal treatment seriously. That is particularly so since the BBC, as a public body, is legally subject to the public sector equality duty which requires it to have particular regard to eliminating discrimination.

The idea that discrimination is somehow less serious when unintentional, or the result of unconscious bias, belongs in the past. In law, discrimination is actionable whether its motivations are conscious or unconscious. In 1999, the House of Lords embraced the decision of the Tribunal in Nagarajan v London Regional Transport and others, which held that Tribunals should take account of employer’s “conscious or subconscious” reasons for unequal treatment.

Employers therefore have both a legal and moral duty to make all efforts to tackle discrimination in the workplace, and to root out and counter the effects of unconscious biases within their organisations. After decades of discussion about inequality in the workplace, surely a point must arise at which allegedly subconscious discrimination becomes conscious behaviour, such is prominence of the issue in the media and across society more broadly.

The lesson for employers and HR professionals is that case law is rapidly mounting to show that weak justifications for unequal pay will not be met warmly at the Employment Tribunal. Companies would be wise to review their existing levels of pay for their male and female staff who do similar work, and to take action to ensure that equality of pay is achieved. Above all, employers should take the time to question the effect which conscious or unconscious biases might be having on how their business operates, and then act robustly to address these.

The post Unconscious bias – there must surely be a sell-by date on such justification? appeared first on ExcelloLaw.co.uk.