Social media and the workplace in the #MeToo era 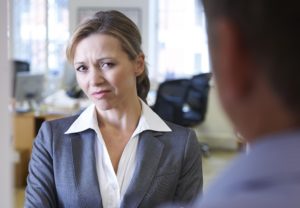 Quickly following on from the Harvey Weinstein scandal, the #MeToo hashtag went viral across all forms of social media. After it first appeared on Twitter, the hashtag was used 850,000 times within the first 48 hours.

Since then, #MeToo has been posted on Twitter and elsewhere tens of millions of times, often accompanied by a personal story of sexual harassment or assault. This has helped to demonstrate the common prevalence of both phenomena, particularly in the workplace.

Almost a third of theatre professionals in the UK, for example, have been sexually harassed at work, according to an online survey published by The Stage magazine. Nor is the problem confined exclusively to the entertainment industry. Women in medicine, politics, PR, advertising, insurance, banking and a host of other sectors are all subject to the same type of harassment, according to a raft of similar surveys.

Research by the TUC has found that over half of female workers have experienced sexual harassment with four out of five women not reporting it to their employers. Of these, 25 per cent had suffered unwanted verbal sexual advances at work while 12 per cent experienced unwanted sexual touching or attempts to kiss them at work.

Following the now infamous Presidents Club Dinner held at the Dorchester Hotel in January, where women working at the event had to sign non-disclosure agreements (NDAs) beforehand, the Unite union found that a remarkable 90% of workers in hospitality have experienced harassment.

Even those who practise law are not immune. Online research done by Legal Week last year found that two thirds of female lawyer respondents had experienced sexual harassment while working in City law firms. Individual lawyers shared their #MeToo stories as part of the report.

A common theme from those who made comment was a reluctance by law firms to respond appropriately. Instead of dealing with the miscreant, the problem was turned on the victim as one respondent explained: ‘Firms where there’ve been big issues just write a cheque and get an NDA signed.’

#MeToo is starting to create dramatic change in the workplace

The #MeToo campaign is the latest online initiative set to impact professional culture for the better. The influence of social media, both in its immediacy and global reach, have been illustrated by the remarkable spread of this global story. From professional networking sites like LinkedIn to social platforms like Twitter, it is already starting to create dramatic change in the workplace.

A raft of companies have pledged to beef up their ‘zero-tolerance policy’ towards sexual harassment by punishing transgressors and, where appropriate, reporting them to the authorities.

Some have already changed their methods of operation. For example, Vogue publisher Conde Nast will no longer use models aged under 18 following a new company code of conduct in the wake of widespread claims of harassment and sexual misconduct in the fashion industry.

Of course, the problem is not exclusively female. A BBC survey in October 2017 revealed that while half of British women have been sexually harassed at work or a place of study, a fifth of men have also suffered the same fate.

Most incidents continue to go unreported in the workplace. Notably, of the women who said they had been harassed, 63% said that they did not report it to anyone, while 79% of the male victims also kept it to themselves.

Following the #MeToo campaign, these numbers are expected to change dramatically: more women and men will be encouraged to report harassment in the future. Why? Because the culture is changing, and fast – both online and offline.

Facebook is a good example. In December 2017, the world’s biggest social media platform with 2bn users decided to make public its internal sexual harassment policy. Facebook hopes that this initiative will help other companies struggling with how to deal with sexual harassment claims.

“Harassment, discrimination and retaliation in the workplace are unacceptable but have been tolerated for far too long,” Facebook’s COO Sheryl Sandberg and its head of HR, Lori Goler, wrote in a blog post. “These are complicated issues, and while we don’t believe any company’s enforcement or policies are perfect, we think that sharing best practices can help us all improve, especially smaller companies that may not have the resources to develop their own policies.”

The role of social media within the contemporary workplace is important for every company in fighting this battle. Employers therefore need to recognise the importance of having express terms in their contracts of employment to deal with social networking site content.

It is strongly advisable to consider upgrading restrictive covenants. Not dissimilar in effect to the now notorious NDAs, these are clauses in an employment contract that place restrictions on employees during and after termination of their employment.

It is equally important that companies provide clear guidance for their employees regarding the use of social media both in and out of the workplace. Beyond that, every modern employer should embrace and promote the opportunity and capacity of social media campaigns to instigate real world change to professional life everywhere.

The post Social media and the workplace in the #MeToo era appeared first on ExcelloLaw.co.uk.