Should there be a ‘right to disconnect’ for UK employees? 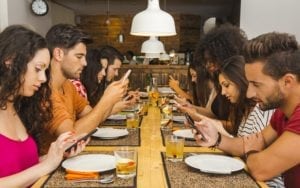 The summer of 2018 set many records. But as holidaymakers enjoyed the soaring temperatures, some of them were not just relaxing by their hotel pools, they were also reading through office memos and responding to emails from work colleagues.

Thanks to the impact of technology ‘always being on call’ has become the new normal in many workplaces and beyond: continuous remote access inevitably creates pressure for employees to be constantly accessible. As a consequence, the obligation to be available at almost any time for online or mobile conversations has become a real challenge that is potentially hazardous to health.

Alongside the European heat wave, the ‘right to disconnect’ was also making summer headlines – in particular, two cases were heard which decided that once they had left work for the day, or for their holiday, employees have a right to turn off their mobile devices.

The first decision came in July when the French arm of Rentokil Initial was ordered by France’s Supreme Court, the Court de Cassation, to compensate a former employee to the tune of €60,000. This payment was awarded because the company had failed to respect his ‘right to disconnect’ from his computer and phone outside normal office hours. Having been dismissed in 2011, the former employee had initially sought compensation for the extra hours he had worked ‘on call’ by taking Rentokil to a tribunal.

The Court’s ruling on the right to switch off electronic devices out of the office was the first of its kind under the so-called El Khomri law, named after a former French labour minister. This affords the right to disconnect to every employee who uses digital telecoms devices as part of their work, and requires every French organisation with 50 or more workers to implement measures that regulate the use of electronic communication devices to safeguard their employees’ work/life balance.

Following the French decision, the Labour Court in Ireland awarded €7,500 to a female employee who regularly had to reply to work-related emails outside normal office hours. The Court ruled that by sending and receiving emails in this way, she had surpassed her statutory maximum working hours. Her employer had therefore ‘permitted’ her to work excessively in failing both to monitor her pattern of work and to keep proper records of her long working hours.

This was judged to be in breach of Irish law, specifically the Organisation of Working Time Act 1997 (OWT), which requires that employers must not permit an employee to work beyond an average of 48 hours a week. It also mandates employers to keep records which comply with the Act for at least three years after the date that the record was created. OWT derives from the EU Working Time Directive 2003/88/EC in the same way as our own Working Time Regulations.

So how might these two decisions potentially affect the UK legal position?  Unfortunately, it is increasingly common for employers to expect their employees to be continuously available and able to provide professional digital communications at any time. Often this is in return for flexibility in other areas of the working day.  The impact of the new French law following the Rentokil decision means that English law may well follow suit. The only question is when UK legislators eventually decide to emulate their French counterparts.

A right to disconnect is now being proposed as a human right by the EU. This would guarantee employees’ ability to disconnect from work and not to engage in work-related electronic communications outside normal working hours. Beyond France, some European countries including Italy have already adopted elements of the right to disconnect in their domestic legislation with more EU member states set to follow the French example.

No equivalent law to El Khomri law exists in the UK yet: passing fresh legislation to deal with the issue will undoubtedly prove challenging. To avoid adverse unintended consequences, lawmakers will need to ensure that the ‘right to disconnect’ does not oblige employees to work at given times out-of-hours, for example. Nor must such a law be misused as a device by employers to create unnecessary pressure on employees to finish their work by a specific time. Lawmakers will also need to take into account that a legal ‘right to disconnect’ may create a situation in which employers might feel obliged to penalise employees who login to a system when they are supposed to be disconnected from it or the benefits of working flexibly could be erroded.

The new French law requires organisations to negotiate with their employees, or their representatives, and reach an agreement on their rights to switch off and the practical steps to ensure that this happens. A comparable law in the UK, requiring employers to introduce policies that limit out of work messaging, would reduce employee stress and create clear lines between work and home life. Alternatively, some UK firms may opt for self-regulation – as is the case with companies such as VW in Germany. Nevertheless, without legislation, relying exclusively on a voluntary code could produce a patchy response across different sectors.

A substantial body of research shows that, assisted by new technology, the inability to escape from work can have a damaging impact on people’s health. For example, a Bupa survey in 2017 revealed that more than half of workers were kept awake at night because of occupational stress. Likewise, the Australian government has discovered a direct link between increased working hours and poor mental health: levels of anxiety or depression increase proportionately with the number of hours worked.

The positive benefits of a ‘right to disconnect’ are self-evident. The introduction of a UK law which guarantees it would help to improve employees’ mental health, and according to research, improve productivity. At a personal level, it would allow more time for parents to spend with their children and other family members, and for every employee to enjoy a healthier work life balance. The difficulty is that the ability to work remotely often also benefits the employee giving them flexibility.

Irrespective of when the UK might enact legislation that safeguards employees from the excessive demands of work and constantly being on call, every employer should remember that they already have the responsibility to act immediately in order to protect the health and wellbeing of their employees.

The post Should there be a ‘right to disconnect’ for UK employees? appeared first on ExcelloLaw.co.uk.