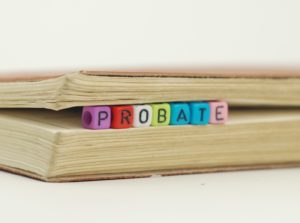 In April 2017, the government abandoned its controversial plan to hike probate fees. The Ministry of Justice (MoJ) had been projected to raise an additional £300m a year to fund the courts and tribunals service (HMCTS). A new sliding scale schedule was planned with fees starting at £300, while for estates worth more than £2m the fee was set to be £20,000. However, widespread opposition caused the plan to be shelved.

But probate fee plans are back – with revisions: less than last year’s plan, but still a huge increase nonetheless. A sliding scale based on the value of the estate will replace the current flat rates: £215 for individuals making an application in person to the probate registry and £155 when applying through a solicitor.

Estates valued at £5000 or more currently have to pay the cost of an application for a grant of representation. The new proposals increase the no fee threshold from £5,000 to £50,000, relieving the smallest estates. Under these proposals, the existing fee scale will be replaced by another new sliding scale which rises in line with the estate’s value, ranging from £250 up to a maximum of £6,000, rather than the £20,000 originally planned.

So will it work? In reality, the revised plan may do more harm than good.

These amendments may cause real difficulty for estates valued between £500,000 and £1m. In most estates, residential property is the principal asset and in some parts of the UK, house prices in excess of £500,000 are commonplace. With few or no liquid assets in the estate, £2,500 is a sizeable amount to find in addition to funeral expenses, and sometimes, Inheritance Tax (IHT) as well.

When the probate registry issues a grant of representation to an estate, whether it is £50,000 or £500,000, the probate process is very similar. The fee increases are, arguably, an indirect tax raid on high-value homes.

The new figures may be different, but the proposed charges still bear no relation to probate cost: they remain a form of taxation, with charities among those affected since the estate value to which they are entitled will be reduced. Charitable exemption applies for IHT, but not for probate fees. The Institute of Legacy Management (ILM) suggests that the proposals could cause the charity sector to lose more than £10m per year in legacy income, and is lobbying for a rebate or fee exemption for charitable estates.

Iniially, it might seem that most beneficiaries of higher value estates have less to worry about from the revised fee schedule. The Justice Minister Lucy Frazer rejected suggestions that higher fees would make the probate process unaffordable for some executors, such as the deceased’s children, who are frequently the direct beneficiaries of an estate.

Since beneficiaries of the estate are not always the ones appointed as Executors, there is also concern for non-beneficiary executors who face multiple issues as a result of the proposed fee increases. Little sympathy may exist for professional executors who find themselves facing an increased cost outlay prior to recovery, but this is likely to have a knock-on effect: professional executors will raise their fees to recover interest on their increased borrowings.

In a written statement to Parliament outlining the proposed schedule revision for probate fees, Lucy Frazer MP said: “This new banded fee model represents a fair and more progressive way to pay for probate services compared to the current flat fee. We are also confident these fees will never be unaffordable.” Many will disagree.

It remains to be seen how the government will respond to the 810 organisations that have already disagreed with the proposals, labelling them “excessive”, “discriminatory”, and “unjustified”. In the wake of last year’s proposals, the House of Lords secondary legislation committee said: “Different groups of customers should not be charged different amounts for a service costing the same” adding that the proposed probate fees could arguably amount to a “misuse of the fee-levying power”. So what has changed this time?