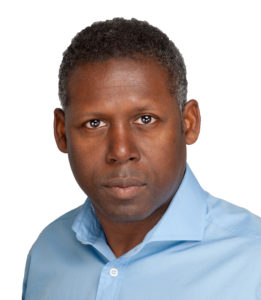 Last year, the legal media devoted considerable coverage to Kirkland & Ellis as it overtook Latham & Watkins to become the world’s highest billing law firm with gross revenues of $3.165 billion – a 19 percent increase in its top line over the previous year. Meanwhile Kirkland also saw its profits per equity partner rise by nearly 15 percent to $4.7 million. The American Lawyer commented: “The Chicago-based legal giant has been on a nearly unparalleled trajectory over the past five years.”

Sometimes, the enormous competitive pressure to grow revenues year after year can have unfortunate consequences. A former partner at Kirkland recently admitted to overcharging clients during his professional career, blaming increased pressure to hit or exceed billings targets in order to hold on to his star lawyer status.

Whilst such examples have been rare in the press, the risks are well known to lawyers given the relentless drive for more billable hours at high rates: they help to develop a culture where, at best, there is of a lack of transparency over client fees, and at worst, they potentially encourage dishonesty by causing fee earners to feel unduly pressured. In their push to reach or retain partnership status, this leads them to stray far from the professional ethic of always acting in the best interests of each client.

Nearly a decade ago, the then chief executive of the Solicitors Regulation Authority (SRA) found that clients were too often left ignorant of the progress in their case and the costs that were being run up before being hit with a very large bill at the end of the matter.

Since then, the culture within the legal sector has become ever more competitive making the problem even more acute. The law firm model of incentivising lawyers to bill high in order to reach partnership is flawed. Invariably, it leads to some ambitious lawyers taking short-cuts, such as overcharging, to the detriment of their client. Although the holy grail of partnership is supposedly achieved on merit based on several criteria, the level of billings frequently forms a critical part in the decision-making process.

Law firms need to take stock before the principle of putting the client first is sacrificed on the altar of revenue. It is imperative that clients know that when they engage a lawyer (not a fee earner!) that they can trust the integrity of the bill they will receive.

To achieve this, firms need to invest their efforts in creating systems and structures that encourage greater transparency and ownership between lawyer and client. This will give lawyers greater control over the client relationship and billing, moving the legal profession forward to new ways of working.

By doing so, firms can foster an environment where lawyers work openly with their clients and have an honest conversation about fees at the outset, and in particular value, without the dreaded pressure from above about rates, fees and client fit.