Online LPA registration could lead to high levels of fraud 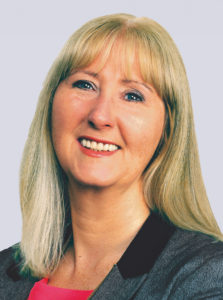 The FCA has raised the possibility of complete online LPA registration but, hand in hand with that comes the potential for high levels of fraud and financial abuse.

The relentless drive to make everything digital can sometimes go too far – and too fast. A good example comes from the Financial Conduct Authority (FCA) and a document it published last month, Occasional Paper 31. This calls for an ‘end-to-end digital system’ for lasting powers of attorney (LPAs), which would allow documents to be completed and registered completely online.

Online LPAs were first introduced as a service by the government in July 2013, providing an alternative to the long-established paper-based system. More than 2.6 million people have LPAs registered with the Office of the Public Guardian (OPG), an executive agency of the Ministry of Justice.

Under the current process, however, a so-called ‘wet signature’ – the physical signing of the document – is still mandatory for anyone who wishes to register an LPA with the OPG. Now the financial services regulator wants to digitise the entire process.

As powerful legal documents, LPAs allow a person to appoint one or more trusted individuals to make important decisions for them about their finances and property, and to act on their behalf if they are no longer able or no longer want to make their own decisions. As a result, LPAs allow designated individuals to take complete control of everything from assets and financial affairs to decisions about future healthcare.

LPAs may be temporary – for example, if someone is in hospital for a sustained period. More frequently, though, they are permanent and are commonly used by those who have been diagnosed with conditions, such as dementia, which will result in them losing the mental capacity to make their own decisions in the future. The majority of those who use them are elderly.

While the media likes to champion the power and influence of the internet’s silver surfers, older people are generally less likely to use digital or online technology as a matter of routine. Yet the real problem lies not with any shortcomings in their technological competence but in the significantly increased risk of fraud presented by an LPA system that is exclusively digital.

The scale of existing fraud is self-evident – Action on Elder Abuse (AEA), a helpline for the elderly, has found that more than 160,000 people over the age of 65 are already victims of financial abuse each year. Making all LPAs completely digital would surely only serve to boost that figure.

The AEA has stated: “We believe the OPG’s online tool does not sufficiently address, warn against, and prevent the misuse of Powers of Attorney, thereby leaving older and vulnerable people open to accidental or intentional abuse.”

For its part, the FCA’s logic is that a fully digital online LPA would make it easier to apply. “We would like to see the OPG and other authorities in the devolved administrations develop more customer-friendly approaches to setting up, registering, storing and understanding Lasting Power of Attorney”, states Occasional Paper 31.

Completely removing the requirement for a wet signature, however, creates a very real danger of putting potentially thousands of people at greater risk of fraud and financial abuse. By law, an LPA requires the understanding and consent of the donor so, without the witnessing of a physical signature, there is very little to prevent a family member or friend registering a document on someone else’s behalf, without their knowledge or consent.

A report published by Solicitors for the Elderly, which raised concerns that the current online system for LPAs already leaves older and vulnerable people open to abuse, concludes that online LPAs show “a lack of consideration or checks to safeguard for vulnerable donors” and “the individual making the application can more easily become a victim of fraud or coercion”.

We have been here before. In 2013, proposals for consultation were distributed by the Ministry of Justice in the shape of Transforming the Services of the Office of the Public Guardian: Enabling Digital by Default. In August 2014, after multiple objections from practising lawyers and the Law Society, the proposals were put on hold.

The FCA paper anticipates problems by providing a nuanced conclusion. “While the paper element of LPAs may be preferable to the current generations of older consumers and arguably reduces risk of fraud, in the longer term, creating a secure, centralised online database of registered LPAs could reduce administrative pressures on firms and carers by removing the need for physical paperwork, and reduce the length of time it takes to set up LPAs,” it says.

“This needs to be carefully balanced with consideration of potential risks of digital exclusion and cybercrime. Consumers who are less comfortable with digital interfaces need to be able to engage fully, regardless of their technological abilities.”

Notwithstanding these caveats, the possibility of LPAs being registered completely online in the near future remains, and with it so does the potential for high levels of abuse should the FCA proposals be implemented.

The post Online LPA registration could lead to high levels of fraud appeared first on ExcelloLaw.co.uk.