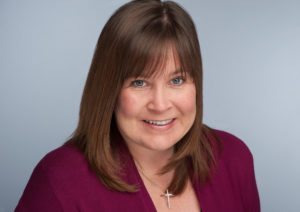 Women will not achieve parity with men at a senior partnership level in law firms until 2037, at least according to BPP University Law School’s recent report on the UK’s legal industry, Law firm of the future.

This critique extends beyond law firms. Baroness Hale, the first female president of the Supreme Court, has consistently identified the need for greater diversity in the top ranks of the judiciary.

Among city law firms further progress is long overdue, particularly since only a few can boast female partnership figures above 25%, with less than five of them above 30%, according to Chambers Student’s Law firm diversity 2016 report, published in December 2016. At some firms, these figures have plateaued over the last five years, and despite much publicised efforts to improve the position through mentoring, many others have failed to meet their self-imposed diversity targets.

When fewer women work at more senior levels because of inadequate flexibility, law firms perpetuate a smaller talent pool from which to promote. Current flexible initiatives are often little more than window-dressing; law firm and government initiatives to extend flexible working have had relatively minimal impact across the legal sector.

The extension of practicable flexible working schemes would undoubtedly help bring forward the date at which parity is reached. Collectively, law firms therefore need to redouble their efforts in delivering a platform for female lawyers to develop their careers. A culture that fully embraces flexibility and agility is essential to close the gender gap.

For this to happen, changing mindsets are paramount. Agile and flexible working have to become more widely accepted as a working pattern that is equally productive when compared to traditional structures. The faster that this cultural shift happens, the sooner that law firms will achieve full gender equality at the top.