Is it time to reform inheritance tax? 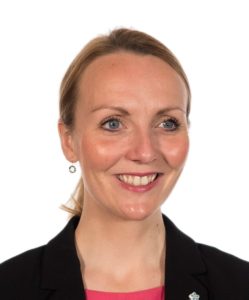 Inheritance tax (IHT) has a long and complex history stretching back to 1694 when a probate duty was introduced in a fixed stamp tax on the personal property in wills. A century later came the 1796 tax on estates, which helped to fund the imminent war against Napoleon. Meanwhile, modern IHT can be traced back to 1894 when Chancellor William Harcourt introduced estate duty – a tax on the capital value of land.

In its present form, IHT replaced Capital Transfer Tax in 1986 by which time it had already developed a philosophical basis: as protection for the poor by intentionally interrupting the cycle of inherited wealth and redistributing it instead.

The future of IHT has once again come under scrutiny. In January, the current Chancellor, Philip Hammond, asked the Office for Tax Simplification (OTS) to review the tax, describing the current system as “particularly complex”.  Writing to the OTS, he asked them: “I would be most interested to hear any proposals you may have for simplification, to ensure that the system is fit for purpose and makes the experience of those who interact with it as smooth as possible.”

The primary focus of the OTS review involves technical and administrative issues, including the processes for submitting IHT returns and paying any tax due, routine estate planning and disclosure. Further aspects, Hammond suggested, should examine the rules on gifts and their potential distorting affect on decisions about transfers and investments. Gifts are an obvious target: the annual IHT exemption for marriage gifts and small gifts has been £3,000 for over three decades.

Estate may not be liable for tax

Paul Morton, tax director of the Office of Tax Simplification, commented: “We understand that many people are worried about inheritance tax and might even take steps to plan for it when, in reality, their estate would not be liable for tax. We would certainly like to explore ways in which the position can be made clearer to put people’s mind at rest where that is appropriate.”

IHT has been subject to much tinkering. In July 2015, the then Chancellor George Osborne announced changes to IHT: those owning a property worth up to £1m would be able to leave it to their children or grandchildren completely free of IHT by 2020/2021. Confirmed in the March 2016 budget, the Residence Nil Rate Band Allowance (RNRB) raises the IHT threshold (introduced in stages from April 2017 onwards) for those who satisfy the stipulated, and fairly complex, criteria.

Unless the RNRB criteria are satisfied, everyone else in the 2018-19 tax year has a tax-free IHT allowance which is still £325,000 – a level that has remained unaltered for eight years with no current plans for it to rise in the near future. The standard IHT rate is also static – 40% for anything above the £325,000 threshold (although this, in itself is adjusted to 36% when 10% or more of an estate passes to charity – another illustration of the complexity of IHT).

Some tax experts have asked the government to reconsider the family home allowance as part of its simplification strategy. John Bunker of the Chartered Institute of Taxation, said: “The review must begin with an understanding that you cannot add simplicity, rather you must remove complexity.”

Although there is scope for IHT simplification, it is unclear whether this is the limit of the Treasury’s ambition. The OTS has announced that it would ‘identify simplification opportunities.’ On April 26th it published a call for evidence together with an online survey seeking opinions from those who have experience in using the system.

Undoubtedly, some of the more complex areas in IHT legislation will be reviewed including: the taxation of trusts, exemptions and reliefs including business property and agricultural property reliefs, as well as the new Residence Nil Rate Band Allowance.

Should they be adopted, the OTS report proposals may have significant repercussions. Indeed, any recommended changes might jeopardise current IHT planning arrangements.

The use of Business Property Relief (BPR) assets in IHT planning is worthy of note.  Tax advisors often recommend that clients hold a proportion of their estates in assets that qualify for BPR after two years, which then enables them to remove assets from the tax net after the qualifying period.

But this was never BPR’s intended purpose. It was instead designed to enable business owners to pass on their businesses without them being ravaged by IHT. Questions about this issue are listed in the OTS survey.

Pensions to be considered

Pensions also form part of the review.  Since the pension freedom legislation, they have become very tax efficient, passing outside the dutiable estate on death.  The review is likely to widen the IHT net making them a potential target.

There may be further unintended consequences of amending current IHT legislation, particularly in relation to trusts which many people use for non-tax planning reasons.  There are current hindrances, notably since the introduction of the RNRB in creating trusts on death.  Such trusts can be appropriate to provide for profligate beneficiaries or to protect the estate following a second marriage.

Will simplification inevitably lead to replacement? There has been much talk of an annual ‘property tax’ or a general ‘wealth tax’. However, such reforms may well prove to be politically unpopular, and therefore unlikely to be implemented under the present government.

However, a future Labour government seems much more likely to make drastic IHT changes. They promised as much at last year’s general election, announcing plans to scrap the double relief IHT threshold on property for spouses. Some media reports have suggested that they might even reduce the overall IHT threshold to around £300,000.

Of course, what the OTS report might recommend may never be acted upon. It has previously made proposals, which were not subsequently adopted by the government of the day. We have yet to see how bold Philip Hammond might choose to be in his IHT reforms – and what consequences will ensue for future investment decisions.

The post Is it time to reform inheritance tax? appeared first on ExcelloLaw.co.uk.