Is it time for gig economy businesses like Uber to buckle down and reform? 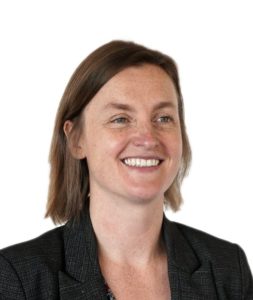 Autumn 2017 will go down as a tumultuous time in the brief history of Uber in Britain’s capital. On top of learning of TfL’s delicensing of their TFI license and subsequently launching an appeal against it, Uber have chosen to appeal the 2016 tribunal decision that their drivers are ‘workers’, and consequently entitled to the National Minimum Wage and holiday pay.

A consideration of recent employment law rulings in favour of ‘gig economy’ workers makes it clear, however, that the tribunal appeal is already a lost cause, and suggest that it is high time for businesses like Uber to buckle down and reform.

Uber’s defence against similar legal challenges has, until recently, relied substantially on cases from the 2000s that favour corporations, and that helped establish the gig economy we know today. In contrast, opposing driver’s lawyers have the benefit of a recent flood of decisions awarding individuals in the gig economy ‘worker’ status. Aside from the landmark tribunal decision of October 2016 in favour of Uber drivers, CitySprint cycle couriers received ‘worker’ status in January 2017, and a similar ruling was heard in February 2017 for workers at Pimlico Plumbers.

Uber’s misery is further compounded by the fact that long running London minicab firm, Addison Lee, had their drivers declared ‘workers’ in a first instance tribunal in September 2017. In the case of Addison Lee, the judge took a pragmatic stance, scoping the situation’s “commercial reality” and rejecting Addison Lee’s argument that the absence of contractual obligation on drivers to log on at specific times prevented ‘worker’ status arising. This recent flurry of decisions against CitySprint, Pimlico Plumbers, Uber, and Addison Lee is a sure sign that the walls have closed firmly in on the London’ gig economy.

On the flip side, however, owing to a lack of contractual obligation to offer and undertake work, what the Trade Union Congress have called a “big win for workers’ rights” remains somewhat superficial. Best protections, like unfair dismissal and redundancy payments, are reserved for ‘workers’ that also qualify for the more coveted status of “employee”. The requirements of employee status meanwhile are unlikely to fit with the flexibility of working that is of significant value to many gig economy workers.

It is unwise for companies operating within the gig economy to wait for the courts to backtrack. Instead, they should at the first instance revise pricing models and business strategies to include the additional costs of holiday pay and the National Minimum Wage. If Uber is to resolve its high-profile conflict with TfL and continue to benefit from doing business in London, it will have to accede to legal and regulatory requirements and remodel rather than challenge them.

The post Is it time for gig economy businesses like Uber to buckle down and reform? appeared first on ExcelloLaw.co.uk.