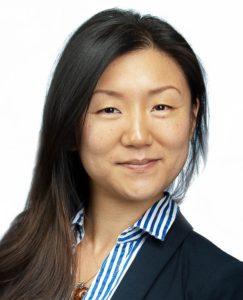 Although their election manifesto was policy light, one Conservative pledge stood out: the introduction of ‘a firmer and fairer’ Australian-style points-based system to control immigration. Successful applicants (only the best and the brightest) must have a good grasp of English, higher education qualifications, and should have been law-abiding citizens in their own country. To qualify, ‘most people coming into the country will need a clear job offer.’ Although, it should be noted, that these are the current existing requirements already in place for non-EU citizens coming to work in the UK.

That apart, further details are sparse, save for a nebulous statement that ‘we can decide who comes to this country on the basis of the skills they have and the contribution they can make.’ As a transitional post-Brexit measure, people from ‘low-risk countries’ in the EU and further afield will still be able to come to the UK without a job offer and seek work for up to a year. However, the Home Office’s recent entirely redacted list of nations in different categories of ‘risk’ leaves ambiguity as to which countries are low or high risk. How they decide which category of risk is also unknown.

Inevitably, there will be multiple implications for employers, especially those in sectors which employ a high proportion of EU nationals: hospitality, healthcare, social care, food production, retail and construction. They seem certain to oppose a new points-based system and may potentially take legal action to challenge it.

We should remember that in 2008, the Labour government introduced a points-based system for non-EEA immigration in the UK. Despite the government stating that the system was inspired by Australia’s model, there are major differences between the UK’s point based system and other countries. A few main differences of the UK’s system include:

The UK’s current system for foreign workers is considered a ‘dual’ system; EEA workers of any skill level can come to the UK however only ‘highly skilled’ workers are permitted, predominantly, from outside the EEA under the specific work visa routes.

The proposed new system will apply to EEA workers and non-EEA workers. Some of the proposals for the new primary work visa include:

However, if migration restrictions are poorly implemented without appropriate understanding of the needs of unskilled or low-skilled industries, the economy could be adversely affected. The Chartered Institute of Personnel and Development (CIPD) has also said that the new immigration system needs to be sufficiently flexible to enable employers to employ skilled and unskilled migrant workers when they cannot find people with the requisite skills despite their best efforts to recruit and train UK-born workers.

Research carried out by The National Institute of Economic and Social Research and CIPD has produced unambiguous findings about what employers want. An Australian-style points system is not on the list, while a ‘straightforward’ and ‘light touch’ approach is. The research concluded that most businesses hire EU nationals because they ‘have difficulty attracting UK-born applicants to fill unskilled or semi-skilled jobs’.

Predictably, the response from business has been sceptical. Whilst some of the proposed policies may be welcomed, lobby groups argue that the plan lacks detail, continues to ignore the worker shortage issue and creates anxiety about how it will affect them. The main concern for employers is that the proposed regime could make it much harder to employ EU workers in relatively low-skilled sectors.

The Confederation of British Industry (‘CBI’) has said that, if implemented, the plan could lead to skills shortages. Carolyn Fairbairn, the CBI’s director-general, noted that sectors like construction need access to workers at every skill level: ‘If you want to build houses, you don’t just need architects and designers, you need carpenters, electricians, and labourers,’.

CBI’s Chief UK Policy Director, Matthew Fell, has also suggested to the government not to focus only on the ‘brightest and best’. Instead, the government should shift more focus on an immigration system that meets the needs of our economy while building public confidence. A system that allows firms to access the people and skills they need.

Echoing that sentiment, Hannah Essex, co-executive director of the British Chambers of Commerce, stated that access to skills at all levels was essential for business. She suggested that a ‘flexible and simple immigration system’ was needed to allow companies to ‘recruit the people they need at all skills levels, including temporary, seasonal and permanent roles’.

The new system will likely have some negative impact on employers seeking lower-skilled migrants since they will no longer be able to settle permanently in the UK. This could be problematic in an increasingly tight domestic labour market.

With such a lack of details, UK businesses, will once again have to adapt quickly and endure any new system and legislation the government decides to proceed with.