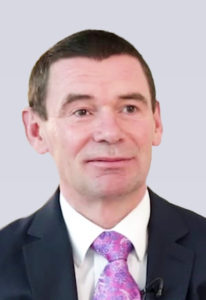 The legal and corporate finance teams advising on the recent management buyout (MBO) of Rotherham-based Harvest Healthcare, have been recognised with an award win in the Sheffield City Region Dealmakers of the Year Awards 2019 for their work on the deal.

Lewis Griffiths, business and commercial contracts specialist at Excello Law, has been advising the Hutchinson family, the original owners of Harvest Healthcare, for the last 20 years and supported them during the MBO process when ownership transferred to managing director Neil Davis and his executive team.Harvest Healthcare manufactures, supplies and services active & static mattresses and cushions, profiling beds, and moving & handling equipment to care home groups, community care equipment stores, and hospitals, both direct and via a network of distributors.  Harvest has long-term relationships with several national blue-chip care home groups as well as serving most local authorities around the country.

Neil Davis joined the company in February 2017 and has delivered significant growth in turnover and profit, culminating in him being given an opportunity by the owners to put together a MBO bid.

Lewis commented: “The Hutchinson family founded the firm in the 1990s building it into a respected supplier to the healthcare sector. The MBO allows the business to move forward to a new and exciting chapter while the family can realise the benefits of their hard work.  The deal was completed in just four weeks and is a great reflection on all the advisors involved. We’re all delighted to receive the recognition from Sheffield Dealmakers Awards.”