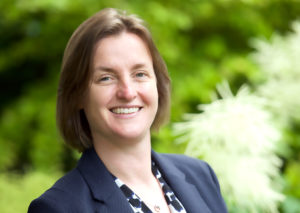 The challenge Morrisons is facing over equal pay at the employment tribunal comes mostly from women who argue their pay is unfair because it is less than their male counterparts employed in distribution centres. Male workers there are paid £1 to £4 an hour more than their female colleagues who work in supermarkets, they claim.

In what could be a landmark legal ruling affecting thousands of British businesses, a test claim has been brought by eight Morrisons shop floor workers who argue that the practice is discriminatory because the work is of the same value. A Morrisons spokesperson stated: “We believe we pay our colleagues fairly and equally for the job that they do, irrespective of their gender, and we will be defending this claim.”

The claim against Morrisons follows similar actions against Asda, Sainsbury’s and Tesco, all of which are already subject to the employment tribunal process and face similar claims of pay discrepancies between male-staffed distribution centres and female-staffed stores.

If it succeeds, the compensation paid could then apply to another 80,000 Morrisons employees. Collectively, that would add in excess of £1 billion to the supermarket’s salary bill since the claim would apply retrospectively over several years. Meanwhile, the claim against Tesco could result in its staff receiving up to £4 billion in back pay, making it the largest equal pay challenge in British legal history.

What is the legal framework in relation to such claims, and what should employers do to avoid being subject to such claims in future, and to prevent the widening of any gender pay gap already in place?

The eight claimants seeking damages against Morrisons do so on the basis that while the different jobs are of equal value, under the test set out in section 65 of the Equality Act 2010 – which refers to equal “in terms of the demands made” on the role – the Morrisons shop workers have been underpaid for the same value of work as that which is undertaken by the predominantly male workers in distribution centres.

According to Morrisons’ gender pay gap reporting data for 2017, the average hourly pay rate for female staff was 14.3 per cent lower than for male staff. However, this figure rose to 47.8 per cent when based exclusively on the bonuses that were paid. The argument put forward by Morrisons is that an improvement in their gender pay gap figures would be best achieved by increasing the number of women employed in senior positions rather than by rebalancing existing pay in lower-paid positions.

For companies which are anxious to avoid finding themselves in this position, perhaps the best practical step is to undertake a job evaluation study of every job role within their business.

While the cost involved might be prohibitive for many smaller businesses, if the gender pay gap is to be properly addressed by every employer, action is needed. For every business that wants not only to create a level playing field in employment, but also to protect themselves as much as they can from such claims, it can be argued that evaluation studies should become mandatory in future.

The post Equal pay test claim in the retail sector could affect many businesses appeared first on ExcelloLaw.co.uk.