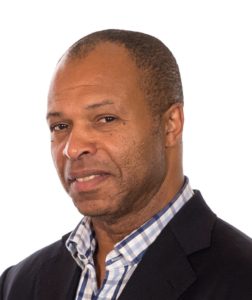 In the latest legal battle over workers’ rights and the gig economy, Deliveroo has emerged victorious. As one of the UK’s biggest gig economy companies, the food delivery app defeated a demand by north London couriers for union recognition, and by extension, workers’ rights. The ruling by the Central Arbitration Committee (CAC), the tribunal that oversees collective bargaining law, was a triumph for Deliveroo and a knock back for the Independent Workers Union of Great Britain (IWGB), which had backed the case.

The Deliveroo decision comes hard on the heels of the latest decision against Uber which lost its appeal against an Employment Appeal Tribunal (EAT) ruling: that its drivers should be classified as workers with rights, such as holiday pay and a minimum wage, rather than being self-employed. That case, brought by two drivers, was also supported by the IWGB.

So what makes Deliveroo different from Uber? The EAT decision in the Uber case was reached because the drivers were deemed to be workers for the purposes of the Employment Rights Act 1996, the Working Time Regulations 1999 and the National Minimum Wage Act 1998. Whereas the Deliveroo case did not involve an Employment Tribunal. Instead, the couriers asked that their union be recognised for the purposes of collective bargaining: the CAC had to consider the IWGB’s application for recognition for that purpose.

The worker issue was fundamental to the question of the right to recognition as collective bargaining rights only apply to workers. Critically, the CAC agreed with Deliveroo’s claim that its couriers are self-employed and backed the argument that their riders are able to accept or decline jobs, and most importantly they have the right to substitution – the ability to ask someone else to deliver food on their behalf.

In its decision, the CAC said: “The central and insuperable difficulty for the union is that we find the substitution right to be genuine, in the sense that Deliveroo have decided in the new contract that riders have a right to substitute themselves both before and after they have accepted a particular job.” It continued “In light of our central finding on substitution, it cannot be said that the riders undertake to do personally any work or services for another party.”

The net result is that the CAC confirmed that Deliveroo couriers are self-employed contractors since they have the right to allocate a substitute to do the work for them. The key difference from the Uber decision is that the Deliveroo couriers more closely match the definition of self-employment status because they have the right to decide when they log on to the App: they can choose to decline jobs they do not want and substitute with others for any particular job.

Uber will take comfort from the CAC decision in its continued legal challenge. We can therefore look forward to more battles ahead in this intriguing and important struggle to define the status of an ever-increasing number of people who choose to work in the gig economy.

The post Defining status of workers in the gig-economy – why Deliveroo case was different to Uber appeared first on ExcelloLaw.co.uk.