All the news is about Coronavirus and its dangers to people, society and, in third place, the economy. As well as human tragedies, we are facing unprecedented disruption to work and economic activity. We could be facing an unprecedented wave of bankruptcies. But where will the losses fall?

Supply chains and labour markets are complex and often unstructured, and in many cases the effects of Covid-19 losses will be close to random. Businesses may be fighting for survival, and anxious to pass on costs and losses to other parties. Consumers will want their money back for goods and services they can’t use. Demand has fallen, in many cases to levels at which it is uneconomic to continue. Wages and business costs continue to accrue. Suppliers still want to deliver and be paid. 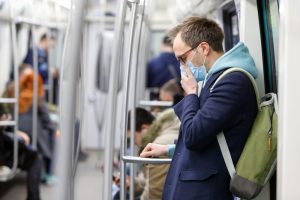 It can come as a huge shock to a business to find itself bearing the loss of the entire supply chain because it is a man-in-the middle, due to mismatches in contract terms. Purchase orders can’t be cancelled unless the contract terms allow that, even if customers cancel their orders or refuse delivery. Consumers may have rights to cancel, return goods or just fail to pay, but a retailer may not be able to pass the cost back up the chain. The loss will often fall at the retail level, because consumers have legal rights (cancellation, returns, refunds) that retailers must respect; trade contracts up the chain will not usually give the buyer the same rights. International contracts may be worse still, with different laws and legal systems applying to each link in the chain.

Imagine a small travel agent, putting together its own packages for holidaymakers on a modest margin: it may have committed to hotels and airlines, or even paid them in advance, but when the FCO advises against travel, or the destination closes borders, the customers will be entitled to their money back. The agency’s contract with the suppliers may not entitle it to a refund, leaving the agency with the full liability. In an ideal world, supply chains are built with back-to-back contracts and pay-when-paid clauses that allocate the loss appropriately across the supply chain, or to parties who are insured, but that is the exception rather than the rule. Often the loss will fall on the weakest link in the chain, the person who has not been able to negotiate let-outs with either its customers or its suppliers.

What remedies does the law allow when a performance of a contract becomes impracticable? Is a party liable for breach of contract if he simply cannot comply?

If the contract terms provide no let-out (such as an express cancellation right, or an implied right to terminate and indefinite contract on reasonable notice), the only legal escape is the legal concept of frustration. A contract is frustrated if something happens after the date of the contract has been formed that is not the fault of either party and is so fundamental that it strikes at the root of the contract and is beyond what was contemplated by the parties when they entered into the contract. It must render further performance impossible or illegal, or make the obligations radically different from those contemplated by the parties at the time of the contract. Frustration brings the contract to an end immediately, and relieves both parties of any unperformed obligations. Under the Law Reform (Frustrated Contracts) Act 1943, money already paid is normally recoverable, less any expenses incurred by the other party’ A party who has gained a valuable benefit under the contract must pay a just sum for that, and a party who has incurred expenses may charge them to the other party.

Circumstances arising from Coronavirus are certainly capable of amounting to frustration. If it became illegal to ship goods across a border, or particular workforce could not travel or was incapacitated, or an asset (such as hotel or ship) was requisitioned or closed down, that could frustrate a contract specifically relating to that, and applying in the short term. Because frustration ends the contract completely, it cannot help if all that is needed is a temporary suspension or delay. The performance of the whole contract must be completely impossible or radically different to what was expected. The contract is not frustrated just because it becomes more expensive or inconvenient to perform, or if there is another way of performing it, or if it cannot be performed due to a risk that should have been contemplated by the parties, such as supplier failure. There is no frustration if the purpose, rather than the performance, of the contract, is impossible: for instance, the European Medicines Agency’s 25-year lease of its London headquarters was not frustrated by Brexit (Canary Wharf (BP4) T1 Ltd v European Medicines Agency [2019] EWHC 335 (Ch)).

A particular issue arises (at the time of writing) from the UK government’s approach to the social distancing measures required to fight Covid-19. The Government is acting by making strong recommendations, rather than imposing legal banks on events or activities. That means compliance is voluntary, so the advice is unlikely to frustrate contracts. A party complying with the advice, or who cannot perform because his employees or suppliers are complying, risks being sued for breach of contract, or forfeiting his advance payments. Not only will that cause losses to consumers (who may not be able to get refunds for holidays, event tickets etc, and may be sued by desperate businesses unable to fill vacancies), but this could be detrimental to the essential public health objectives. Venues will be tempted to stay open and events to go ahead so as to avoid paying refunds or being sued for failing to deliver promised goods or services, and the public will be tempted to go ahead with activities they have already paid for.

Employment contracts are unlikely to be frustrated, except in the sad event of the death of the employee. Employers will still have to pay salaried staff who are ready and willing to work and will continue to have an obligation to provide paid work for other staff. It seems that employees self-isolating will be deemed to be sick, at least for the purposes of statutory sick pay, though it is not clear whether that relieves employers of paying more generous contractual sick pay, or full pay for salaried workers, who are not in fact sick. Emergency legislation has made statutory sick pay payable from day 1.  There is no automatic right to suspend or stop paying staff if workplaces are closed or customers stop buying. Not all contracts provide for short-time and lay-offs. Cuts to the workforce will have to follow usual redundancy procedures, including consultation, selection and payment of notice pay and redundancy compensation.  Employers will be looking for other cost saving measures that can be implemented swiftly. On the day of writing, Virgin Atlantic has invited its staff to take eight weeks of unpaid leave or face mass redundancies; many workforces would not agree to that, but some may feel that they have little option to keep their jobs when others are unlikely to be recruiting. They are unlikely to qualify for most state benefits if still employed but on unpaid leave. The cost of redundancies could well be as great as paying wages through the crisis, depending on how long it lasts. Further emergency legislation is likely in this area.

Many contracts (including standard terms of business) contain “force majeure” clauses. They usually relieve the parties from performing obligations if they cannot be performed for specified reasons beyond the parties’ reasonable control. They may suspend performance for a period, and/or allow the parties to terminate the contract without liability on either side. Labour shortages, transport disruption or supplier default may (or may not) be listed as a force majeure evet, though it would still have to be the main cause of the disruption and outside the party’s control. Whether a public health emergency amounts to force majeure depends on the wording of the clause. Again, the fact that compliance with Government advice is voluntary might not help to bring the situation within the force majeure clause.

The situation must still be beyond the control of the affected party. Again, the fact that compliance with Government advice is voluntary might not help to bring the situation within the force majeure clause. Inability to pay money due to loss of income will not be force majeure; nor will obligations that are just more expensive or difficult to carry out, but are not impossible.

Often there are formalities needed to invoke the force majeure clause, such as giving notice to the other party, or taking steps to mitigate the effect of the event. Unlike frustration, force majeure may apply to the obligations of one party only, and can grant a temporary suspension or delay. On the other hand, the presence of a force majeure clause may mean that the contract is not frustrated: if the agreed terms deal with a situation, that situation will not frustrate the contract.

The main impact of Coronavirus is the large number of human tragedies. Economic considerations are less important, but the economy also has real effects on keeping people alive and safe. The damage will be spread throughout the economy, but the losses will not be even and will not fall fairly, especially if governments do not intervene. Some individuals and some businesses will suffer disproportionate pain. The English law of frustration and force majeure is not going to help significantly in restoring order or fairness in this crisis. Ultimately, much of the economic cost may be felt through business failures and job losses. Insolvencies result in real and permanent damage, even if new businesses, or phoenix businesses, eventually arise from the ashes to provide the same goods and services. Innocent employees, business owners, shareholders and pension fund members will bear the cost.

Things are changing fast – this article is written on 17 March 2020. Further emergency legislation is very likely – it may include new ways for businesses to suspend or reduce activities.

The post Covid-19: who bears the loss? appeared first on Excello Law.