Covid-19: To school or not to school? 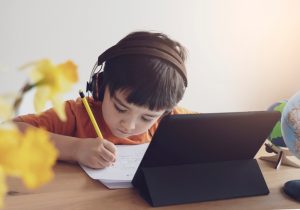 The government has announced a phased reopening of schools, with some year groups returning earlier this month.  Attendance is not compulsory but is up to the parents to decide whether or not their child should return.  So what happens if parents can’t agree?

In separated families, the Covid-19 pandemic has presented a minefield of issues, the latest of which is whether or not it is safe to allow your child to return to school.  Many parents will have experienced the stresses of trying to home school whilst juggling work and day to day life.  The idea of returning to some sort of normality will be a welcome idea to some but to others they may have concerns about the risks of contracting the disease and what this could mean for the wider family.

What does the guidance say?

On 24 March 2020 the President of the Family Division, Sir Andrew McFarlane, issued guidance on the arrangements for children spending time with each parent during the pandemic.  It was acknowledged that the ‘Stay at home’ guidance did not apply to children under the age of 18, who were able to move between homes where it was safe to do so.  The guidance further stated that it was up to parents to exercise their parental responsibility and to try to make/agree arrangements between themselves.  In the event that one parent was not comfortable with the risks, they were able to vary arrangements to something they believed was safe.  Any such action taken by a parent would need to be fully justified and may be questioned by a court later if proceedings were issued.  This was to ensure that no parent was able to use the situation as an excuse to prevent a child from spending time with the other parent.

Since the rules have been changed to ‘Stay alert, stay safe’, the guidance remains that it is for parents to agree arrangements for their child wherever possible.

What if we can’t agree?

The current situation has left a lot of people feeling fearful of what may happen.  The prospect of a second wave has caused anxiety and fear among many.  Wherever possible try talking to the other parent and discussing your concerns.  It may be that you both share some anxieties about the risks but are able to work through them.  Talk to your child’s school and find out exactly what procedures and measures have been put in place to reduce risks.  Armed with all of the information you will be better placed to make an informed decision.

So many families are unable to have these discussions for many different reasons, including because of the presences of domestic abuse or controlling, coercive behaviour.  There are still other options available to consider, including mediation, collaborative law and arbitration.  These forms of alternative dispute resolution will ensure that any discussions between the parents are managed, providing some reassurance.  Ultimately, if an agreement can’t be reached and you feel that the risks are too high then you can opt not to return your child to school at this time.

This article does not constitute legal advice.  If you have any questions or would like to have a free initial discussions about the options available please contact me on 07594001077 or [email protected].

The post Covid-19: To school or not to school? appeared first on Excello Law.