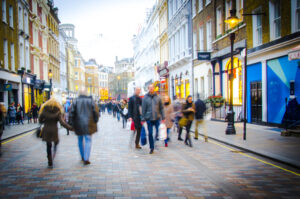 On 11th October 2020, The Sunday Times reported on the effect that the UK Government’s abolition of the VAT retail export scheme might have on foreign tourist shopping outlets such as Bicester Village in Oxfordshire. Chinese and other non-EU foreign tourists made a lot of use of the scheme.

Under the scheme non- EU foreign tourists could qualify for a rebate of 20% on goods that they purchased from UK retail outlets. With the prospective exit of the UK from the EU single market and customs union at the end of the UK-EU transition period on 31st Dec ember 2020, the UK Government has had to choose between extending the scheme to EU residents, which it estimated would cost up to £1.4bn a year, or abolishing it to comply with World Trade Organisation (WTO) rules, particularly in the event of a “no deal” post-Brexit scenario between the UK and the EU. The UK Treasury has said, according to The Sunday Times, that fewer than 10% of non-EU visitors used the scheme and that retailers could still offer VAT-free shopping on goods shipped directly to foreign tourists’ homes.

There is understood to be a lot of lobbying going on to keep the VAT retail export scheme alive in some form because of the likely adverse effect of its abolition on UK jobs and the economy.

The Times of 10th October 2020 reported that a number of well–known retailers of high end luxury accessories (including handbags, clothes and watches) are among those who have voiced deep concerns about, and are opposed to, the withdrawal of the scheme.

We shall have to see what happens but Brexit and its inter-relationship with WTO rules have had far-reaching implications for specific UK retail projects focused on attracting foreign tourists.

Brexit and Higher Education and Research

The implications of Brexit for higher education and research in the UK, particularly in the event of a “no deal” outcome to the current UK-EU negotiations for a new Brexit post-transition period relationship, remain to be fully worked out.

There are important higher education and research programmes – such as Erasmus+ and Horizon 2020 – of which the student and research communities in both the UK and the EU have been major beneficiaries.

Whilst certain assurances have been provided both by the UK Government and by the EU Commission about the continued availability of funding in respect of Erasmus+ and Horizon 2020  commitments approved before the end of the transition period on 31st December 2020, the position thereafter in respect of the future availability of such programmes to UK and UK-based EU students and researchers  is unclear.

On 15th October 2020, the UK Department of Education did, however, re-publish helpful guidance on the Horizon 2020 research programme, which Innovate UK and UK Research and Innovation had first published on 3rd November 2015 and last updated on 31ST January 2020 and which does provide some useful help in the run-up to the end of the transition period.

Higher education and research are of supreme importance to both the UK and the EU as well as to EEA countries and Switzerland, including the ability to study and carry out research across borders, and no doubt the impact of Brexit in that context will continue to be closely observed.

On 15th October 2020, the UK Government published a number of guidance notes on its Brexit “Transition” website which concern educational and related provision at various levels (including local authority educational provision and services for children) and the impact that Brexit may have.

The guidance is split into the following sub-groups and concerns the position during the transition period and beyond:-

>>> Guidance for providers of further education providers and apprenticeships;

>>> Guidance for higher education providers; and

The guidance contains both specific and general information of importance to the education sector and should be carefully studied – the impact of Brexit on people, goods, services and funding provision is outlined.