Brexit and Rules of Origin 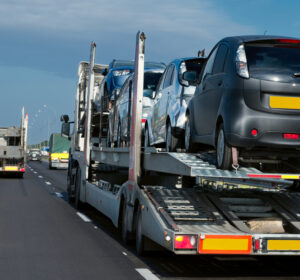 On 1st October 2020 and following up on a BBC news item of the previous day, The Times reported on a threat to UK car exporters who may face tariffs of up to 10% of value under international “rules of origin”  on cars which they export to EU countries after the end of the transition period because their cars contain foreign manufactured components amounting to more than 50% in value of those cars. Apparently, this is particularly true of electric cars where the batteries constitute a significant proportion of the value of those cars and have a heavy foreign manufactured component to their make-up.

The UK had hoped to treat many of such components as if they had been manufactured in the UK by agreement with the EU but it appears that that the EU have said a strong “no” to this idea. The result is that WTO rules might apply, regardless of whether a post-transition period deal is reached between the UK and the EU with the consequent possibility of tariffs of up to 10% on value. This is confirmed in a letter from the chief UK Brexit negotiator, David Frost, to UK car industry representatives, which the BBC has reportedly seen.

The position might well contrast with EU car exports to the UK after the transition period, where the foreign component of manufacture tends to be less than 50% of total value of the cars concerned more often (according to The Times report) and which it might, therefore, be possible to sell into the UK free of UK tariffs after the end of the transition period.

The Times report also highlights similar tariff barriers on exports into the EU after the end of the transition period from the UK aerospace, defence and chemical industries. The UK pharmaceutical industry has also raised concerns on the same point.

Given the public concerns that have been expressed by UK trade bodies in the UK car manufacturing and other affected industry sectors, this is unlikely to be an issue that will be allowed to be laid to rest easily.

On 1st October 2020, the European Commission announced that it had launched infringement proceedings on behalf of the EU against the UK in respect of the UK Government’s UK Internal Market Bill for allegedly flagrant specific breaches of the Ireland/ Northern Ireland Protocol to the UK-EU Withdrawal Agreement and an alleged more generic breach of the “good faith” requirements of Article 5 of the Withdrawal Agreement.

The legal proceedings may well outlast the transition period but also may well be settled if the UK Government chooses to withdraw the contentious provisions of its UK Internal Market Bill (which so far it has said that it will not do). Much will depend on whether the UK and the EU can reach a deal on their future relationship in the meantime.

Brexit and the Ninth Full Round of UK- EU Negotiations

On 30th September 2020, the UK Government published the draft State Aid (Revocations and Amendments) (EU Exit) Regulations 2020, disapplying EU state aid laws in their entirety (not even as “retained EU law”) with effect from the end of the UK-EU transition period on 31st December 2020. This is apparently with a view to the UK applying its own domestic subsidy control and state aid regime after the end of the transition period and following World Trade Organisation (WTO) subsidy rules and any international obligations on subsidies agreed by the UK under free trade agreements, as appropriate. The draft Regulations, however, if and when enacted, would not apply to Northern Ireland which would remain subject to EU state aid rules under the terms of the Ireland/ Northern Ireland Protocol to the UK-EU Withdrawal Agreement.

The UK stance reflected in these draft State Aid Regulations is consistent with the reported outcome of the 9th full round of UK-EU negotiations, which took place from 29th September to 2nd October 2020. In their published statements on 2nd October 2020 following this 9th negotiating round, both the UK and EU sides confirmed that the two sides had not yet reached agreement on these “level playing field” issues, although the UK statement did at least confirm that some “limited progress” had been made on bridging the gap between the two sides on these issues.

The statements of the two sides were, however, noticeably more upbeat on the prospects for reaching a post-transition period deal, with the UK side even going so far as saying that “the outlines of an agreement are visible” (taking into account positive discussions on “trade in goods and services, transport, energy, social security, and participation in EU programmes” and progress on a possible “law enforcement agreement” and “convergence on the structure of the overall partnership”).  The EU press statement (which was typically somewhat more detailed than the UK press statement) noted “points of convergence” on matters where progress had already been made in previous negotiating rounds (“ in particular on some aspects of trade in goods, services and investment, civil nuclear cooperation, and participation in Union programmes”),  “positive new developments” on some topics such as “aviation safety, social security coordination, and the respect of fundamental rights and individual freedoms, which are a pre-condition for our future police and judicial cooperation in criminal matters”, “a lack of progress on some important topics like the protection of personal data, climate change commitments or carbon pricing” and finally “persistent serious divergences on matters of major importance for the European Union” (which presumably includes “level playing field” issues). Both sides, however, confirmed that they remained far apart on fisheries issues.

Following the 9th round negotiation, the UK Prime Minister, Boris Johnson, and the EU Commission President, Ursula von der Leyen, held a video conference on 3rd October 2020 at which they both apparently agreed on the importance of reaching a post Brexit trade deal and that they would be directing their negotiating teams to continue to work towards that end in the two weeks leading up to the EU Council meeting on 15th October 2020 ,with a hint that, if sufficient progress were made by that date, final negotiations could continue unto the end of October 2020 – that, however, being a final deadline if the necessary constitutional approvals were to be obtained in time for the deal to be signed up  and ratified before the expiry of the UK- EU transition period at the end of 2020.

It does seem that following the 9th round negotiations there is a cautious optimism amongst both sides that a deal can be reached between the UK and the EU as to their new post-transition period relationship.