The latest round-up of Brexit news:

Reports in the UK press for 28th June 2020 suggest that the EU may be willing to compromise on its demand for a UK- EU fisheries deal, based somewhat on the current EU common fisheries policy including the right for the EU to have permanent fish quota rights to UK designated coastal waters unless and until otherwise negotiated. The UK wishes to negotiate fishing quotas on an annual or other periodic basis as in other fisheries deals with third countries.

The press articles suggest that the EU may be prepared to offer a concession on fisheries in the Autumn of 2020, depending on how negotiations go on a wide variety of fronts. The French are said, however, to be annoyed with this suggestion of a fisheries concession as their fishing boats rely heavily on access to UK waters.

Somewhat ironically, The Times of 29th June 2020 reports on the separate discussions that the UK is having with Norway, Iceland and the Faroe Islands regarding fishing access to the waters of those three jurisdictions following the end of the transition period, where the UK is seeking generous access because 85% of the cod and haddock sold in British fish and chip shop apparently comes from those waters. The discussions are made necessary because the current deals with those jurisdictions are effected through the EU on behalf of the UK. This will obviously cease when the UK is no longer pat of the EU single market.

Let us see what happens to these fishy tales!

Brexit and the Level Playing Field 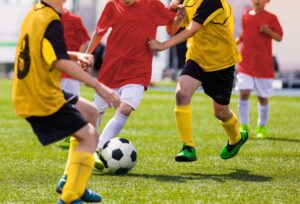 The Times of 29th June 2020 reports that the EU has agreed, in private talks with the UK, to remove any role for the European Court of Justice in policing “level playing field” trade rules. This is in return for the UK apparently being prepared to make concessions on EU demands for strong enforcement of a future trade, fishing and security agreement, including retaliatory tariffs.

These are hard issues that have meant little progress being made in the negotiations to date but clearly, as time moves on, there may be a stronger temptation on the part of the two sides to resolve their differences.

The Times of 30th June 2020 reports that the UK Government will be setting up an independent advisory commission, to be known as the Trade and Agriculture Commission, with a view to monitoring overseas food imports into the UK after the end of the transition period to ensure that high standards of food quality are maintained and implicitly also to ensure that UK food products are not undermined by cheap, lower standard foreign food products.

Liz Truss, the UK Secretary of Trade for International Trade, is quoted as saying that the advisory commission will recommend policies to guarantee that UK farmers “do not face unfair competition and that their high animal welfare and production standards are not undermined”.

According to the report, the new commission is intended to be “time-limited” as well as purely advisory in nature but interestingly the proposal to create it shows that UK farmers at least appear to have the same kind of “level playing field” concerns as the EU negotiators in wanting to ensure that Brexit does not become a convenient excuse for lowering product quality standards.

DAC 6 is an important piece of EU legislation, which came into force on 25th June 2018 and imposes tax reporting obligations on intermediaries and taxpayers in respect of certain kinds of aggressive cross-border tax arrangements involving either more than one EU country or an EU country and a non-EU country. The new reporting rules were to become fully applicable from 1st July 2020 but, in the light of Covid-19, the EU and the UK have decided to defer the reporting obligations by six months and (so far as the UK is concerned) the UK HMRC have published a notice to that effect on their website.

The UK and the EU have a mutual interest in combating tax avoidance and it seems likely that they will work in tandem together to ensure transparency in the disclosure of cross-border tax arrangements affecting their jurisdictions (subject to overriding factors such as Covid-19).

On 30th June 2020, the UK Treasury and the Swiss Federal Department of Finance published a joint statement on deepening co-operation in financial services, based on their mutual acceptance that their respective financial services regulatory regimes satisfied the principle of equivalence.

In the statement, the two countries declared their ambition to negotiate an international agreement between them on mutual recognition in the context of financial services – the agreement would (i)  establish an outcomes-based approach to mutual recognition of rights to provide financial services from one country to the other, (ii)  establish structures and appropriate safeguards to underpin those rights and (iii)  create a clear, transparent and managed process in the event that mutual recognition is withdrawn in the future or re-established after a withdrawal.

The new international agreement between the UK and Switzerland is clearly intended to come into force after the UK leaves the EU single market and customs union at the end of 2020 following the expiry of the UK-EU transition period under the UK-EU Withdrawal Agreement and the UK and Swiss sides would review progress in the negotiations for such an agreement at a meeting to take place between them before the end of 2020.

The UK is clearly taking steps to try and safeguard its position in the financial services sector with third countries at the same time as negotiations continue with the EU for their new post-transition period relationship.

Under the terms of section 6 of the UK’s European Union (Withdrawal) Act 2018 (as modified by section 26 of the European Union (Withdrawal Agreement) Act 2020), decisions of the European Court of Justice, as pronounced prior to the end of the Brexit transition period on 31st December 2020,  will continue to form part of UK domestic law after the end of transition period unless overruled by Act of the UK Parliament or otherwise in accordance with UK state law. As a matter of the law of precedent, however, neither the UK Supreme Court nor the High Court of Justiciary in Scotland will be bound to follow this so-called Retained EU Case Law.

The reason given in the press release accompanying the consultation paper for extending this right not to follow Retained EU Case Law is that it would enable UK law to develop more flexibly on matters such as fisheries, borders and taxes, given the UK’s changing status following the UK’s departure from the EU.

The consultation will close on 13th August 2020 and it will be interesting to see what changes result as the UK’s and EU’s legal traditions move forward separately after the transition period. Clearly, this could impact on the “level playing field” and other areas where the UK and the EU might otherwise wish to co-operate.

On 3rd July 2020, the European Commission issued an updated Notice to Stakeholders explaining the impact on EU company law following the expiry of the transition period of the UK’s withdrawal from the EU.

In the absence of any new mutual recognition deal between the UK and the EU, the Notice to Stakeholders confirmed that Article 54 of the 2007 Lisbon Treaty on the Functioning of the EU would no longer apply, meaning that EU Member States will no longer be obliged to recognise the legal personality (and hence the limited liability) of companies, which are incorporated in the UK but have their central administration or place of business in an EU Member State. This could have potentially serious legal consequences and may cause a number of UK-incorporated companies to re-structure their group operations so that they can still take advantage of Article 54.

The Notice to Stakeholders also highlights the impact of Brexit on take-over bids, cross-border mergers, shareholders’ rights and engagement, the business registers interconnection system and EU forms of corporate entities such as the SE, EEIG and the SCE in relation to which UK- based corporate entities will no longer be subject or be able to take advantage as if such entities were based in the EU.

These are significant legal changes, which could affect the way in which UK and EU businesses operate in each other’s jurisdictions.