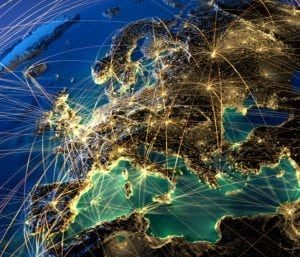 On 16th October 2020, the UK Government Department for Digital, Culture, Media & Sport published the following three guidance notes, which are of relevance to the telecoms sector:

>>>  How telecoms businesses will be impacted by the UK leaving the EU;

>>>  Making phone calls and sending texts to EU and EEA countries after the UK leaves the EU; and

>>> Using your mobile in EU and EEA countries after the UK leaves the EU.

The upshot of all these guidance notes is that it seems that, initially at least and with exceptions, not very much may change in impact terms in the areas covered by the guidance notes as a result of the UK leaving the EU and the post-Brexit transition period coming to an end on 31st December 2020.

UK telecoms businesses will continue to be regulated in the UK by UK statutes such as the Communications Act 2003 and the Wireless Telegraphy Act 2006 , which in many ways implement the EU telecoms regulatory framework for telecoms businesses in the way in which UK telecoms markets are regulated, basic user rights are guaranteed, the powers and duties of Ofcom as the UK national regulator are defined and radio spectrum in the UK is managed.

The UK proposes to implement the European Electronic Communications Code (EECC), which reforms the EU legislative framework for telecoms as from 21st December 2020, and UK telecoms operators will continue to be able to provide cross-border telecoms services and operate within the EU, under the World Trade Organisation’s General Agreement on Trade in Services (GATS).

As far as the cost to fixed–line and mobile telephone users of calling and texting EU and EEA countries from the UK after the post-Brexit transition period is concerned, the EU’s cap on the cost of those calls and texts will no longer apply after the end of the post-Brexit transition period and it remains to be seen how much the cost of such calls and text is affected in practice. The guidance note urges users to check the future cost of such calls and texts with their fixed line or mobile operators in advance.

Following the expiry of the post-Brexit transition period, surcharge-free mobile roaming for UK visitors to EU and EEA countries will no longer be protected by law.  This would include employees of UK companies travelling in the EU for business. However, according to the relevant guidance note, the main UK mobile operators (Three, EE, O2 and Vodafone) have all indicated that they have no current plans to change their mobile roaming policies.

In addition, new UK secondary legislation in the form of the Mobile Roaming (EU Exit) Regulations 2019 (SI 2019/587) is intended to protect consumers from unexpected charges after the end of the post-Brexit transition period by putting a financial limit on what customers can spend on data usage abroad (initially fixed at £45 per monthly billing period) above which consumers would need actively to elect to continue to spend. The UK Government has also legislated to continue to ensure that consumers receive alerts when they are at 80% and 100% of their data usage.

Of particular relevance to Northern Ireland, UK mobile phone operators will also be obliged to continue to make information available to their customers on how to avoid inadvertent roaming in border regions after the end of the post-Brexit transition period and to take reasonable steps to protect their customers from paying roaming charges for inadvertently accessing roaming services.

The adverse impact (if any) on telecoms of the ending of the post-Brexit transition period might well be strongly felt by both UK mobile phone operators and customers and, therefore, it seems  important for the UK Government to be as transparent as possible with all stakeholders as to the likely adverse impacts and what mitigations have been put in place to deal with them.

Brexit and Areas of Alignment

It should not be forgotten that in many areas the UK and EU approaches to regulation may well remain aligned after the expiry of the post-Brexit transition period, whether or not there is a “deal” between the parties.

The UK Government “Transition” web-page daily alert (circulated via [email protected]) for 27th October 2020 gives evidence for this in a number of guidance notes which put an emphasis on continuity rather than difference in describing the future UK regulatory regimes for various industry sectors. These guidance notes all dated 26th October 2020  include:-

>>> In relation to medicines and healthcare products, a note on the automatic conversion of European Community Marketing Authorisations for Centrally Authorised Products (CAPs) to Great Britain Marketing Authorisations at the end of post-Brexit transition period – there is a separate guidance note about the role of the new Medicines and Healthcare products Regulatory Agency which from 1st January 2021 will be the UK’s standalone medicines and medical devices regulator, but there is no suggestion in that separate guidance note that the new UK regulator will depart radically from previous EU practice, although the note does include the more cautious statement that “transition from the EU allows the UK to offer fully independent regulatory decisions for both devices and pharmaceuticals, both nationally and in joint work with other international regulators “;

>>> A note on “Trading and labelling organic food from 1 January 2021” which states expressly that “GB organic standards will be similar to the EU’s”;

>>> A note on ” How to comply with REACH chemical regulations“. [“REACH” means Registration, Evaluation, Authorisation and restriction of Chemicals.] The note explains that “UK REACH”  (the UK’s independent chemicals regulatory framework) “will maintain EU REACH’s aims and principles”, including the “no data, no market” principle, the “last resort “ principle on animal testing, access to information for workers and the precautionary principle.

These guidance notes  confirm the impression that the UK will not be throwing out the ”baby with the bath water“ as far as ongoing UK  regulatory activity is concerned by departing substantially from previous EU practices and principles but will take a considered view on a case by case basis as to what to do. Many would think that this is a sensible approach in an increasingly integrated Europe-wide and world economy.

Brexit and Export and Import Licences and Certificates

The UK Government has published updated guidance notes on 28th October 2020 as to what types of goods require UK export or import licences or certificates before leaving or entering Great Britain from the EU.

A separate regime applies to the export or import of goods from or to Northern Ireland to or from Great Britain under the Ireland/Northern Ireland Protocol to the UK-EU Withdrawal Agreement.

The guidance note on exports of goods requiring licences or certificates as a condition of leaving Great Britain classifies the goods concerned into different categories as follows:-

>>> Controlled goods (which includes military items, dual-use items (items with both civil and military uses), firearms, and items that can be used for torture or capital punishment); and

In the context of UK sanctions legislation, the guidance note also makes it clear that UK-based persons may not be able to export goods to someone who is to financial sanctions.

The guidance note on imports of goods requiring licences or certificates as a condition of entering Great Britain also classifies the goods concerned into different categories as follows:-

These classifications of exports and imports of goods for UK licensing and certification purposes are not stated to be comprehensive and it would be as well for exporters and importers to check out whether there are any specific such requirements which apply to the goods which they wish to export or import.

In addition to these licensing and certification requirements, there are a whole host of other requirements (both UK and foreign) that may apply to the export or import of goods from or to Great Britain following the end of the post-Brexit transition period, which exporters and importers will need to consider.