Brexit and plotting the consequences of a “no deal” 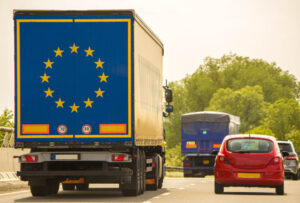 As negotiations between the UK and the EU for a new post-transition relationship remain somewhat stalemated, the emphasis of the UK Government and of the media is focusing more and more on the need for businesses and individuals to plan for a “no deal”.

The Sunday Times of 20th September 2020 has published an article under the somewhat alarming headline of “Brexit strips expats of UK bank accounts” explaining that UK banks such as Lloyds and Barclays have begun writing to their EU–based customers confirming that these banks will be closing down those customers’ accounts by 31st December 2020 (being the last day of the UK-EU transition period), as the banks in question will be losing their EU “passporting rights” thereafter which are necessary for them to be able to continue provide banking services to EU-based customers. The alternative would be for the UK banks in question to apply for banking licences on a country by country basis for each EU state where the banks wish to continue to carry on basis and this seems to be clearly something that UK banks are considering but is a laborious and drawn-out process.

The newspaper reports on anecdotal evidence to suggest that some EU-based private customers are seeking to circumvent the problem by providing UK addresses or finding UK- based relatives or friends to open accounts with UK banks for them but how this approach chimes with the “ Know your Client” duties of UK banks (including for anti–money laundering purposes) is unclear.

For UK businesses, another Brexit no-deal headache is the question of securing their stock supply chains and The Sunday Times of 20th September 2020 has addressed this issue (particularly as it applies to UK manufacturing businesses) in a full-page article entitled “Brexit nerves are rising – but this time, stockpiles aren’t”. The article goes on to explain that “crunched by Covid and frustrated by drifting [UK-EU deal negotiation] deadlines, factories are declining to fill warehouses in case of no-deal”. The article quotes examples from UK manufacturers in the small and medium–sized (SME ) sector as well as from larger UK manufacturers, who have stockpiled at least twice in the past when Brexit deadlines came and went in 2019 but who have now decided that “cash is king” and must be preserved to keep workers in employment and have decided to wait until the last moment before replenishing their stocks of machine parts and other relevant materials. Covid 19 has had a big effect on UK businesses’ plans in this regard.

The Sunday Times article on stock supply chains quotes a UK Government source as confirming that its discussions with UK business would be intensified in the weeks ahead and saying: “We understand that businesses are under significant pressure as a result of Covid 19, and that’s why we announced the staged implementation of import controls, but it’s vital that we all prepare for new rules that will come into force at the end of the year come what may.”

The coming weeks are likely to see an increased focus on Brexit preparedness.

One of the frequently intimated concerns of the EU in the context of the “level playing field for fair and open competition” debate is that, unless the UK agrees to abide by EU approved standards, the UK could use lower business standards to gain an unfair competitive advantage over EU-based businesses.

These concerns might be somewhat assuaged by the publication on 18th September 2020 by the UK Government Department for Business, Energy and Industrial Strategy (BEIS) of the UK Government’s response to the Government’s consultation on options to increase the transparency of UK corporate entities and to give increased powers to the UK Companies Registry to vet the information that it receives in relation to UK corporate entities with a view to preventing fraud and other wrongdoing.

The UK Government proposes compulsory identity checks for all directors and Persons with Significant Control (PSCs), general partners in limited partnerships, designated members in limited liability partnerships, and all individuals who file information on behalf of a company.  Other proposals include increasing the UK Companies Registry’s powers to query information submitted to it and to remove information from the register in certain circumstances.

The general tenor of the proposals is in the direction of uplifting standards of corporate behaviour in the UK and of combatting corporate fraud and other criminality through tightening procedures at the UK Companies Registry.

This should enhance the prospects for a “level playing field for fair and open competition” between the UK and the EU .

In the EU Commission announcement, Mme Vestager explained that “the General Court judgment raises important legal issues that are of relevance to the Commission in its application of State aid rules to tax planning cases”. She went on to say that “the Commission also respectfully considers that in its judgment the General Court has made a number of errors of law”. Accordingly, the European Commission has decided to bring these appeals before the ECJ of the CJEU.

The issue of State Aid is one of the core issues separating the UK and the EU negotiators in the current negotiations for a new post-Brexit relationship – part of the “level playing field“ debate. The UK wants to be free to set its own state aid policies as a sovereign independent nation after the end of the UK-EU Withdrawal Agreement transition period on 31st December 2020. The EU wants the UK to avoid using state aid either in object or effect to compete unfairly with the EU which has long set heavy restrictions against the use of state aid to distort the  perceived needs of business for fair and open competition.

The arguments on this state aid issue are given added potency at a time when the UK and EU member states have had to arrange economically life-saving temporary state aid packages (with the approval of the European Commission under Article 107(3)(b) TFEU) to deal with the catastrophic adverse effects of the Coronavirus pandemic.

The decisions reached by the ECJ on the appeals in the Ireland/Apple state aid tax cases may well influence long-term discussions between the UK and the EU on the rightful place of state aid in modern Western economies such as the UK and the EU.