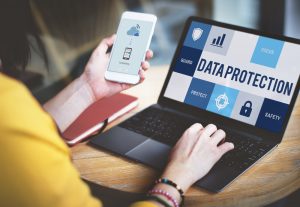 The recent “Schrems II” decision of the European Court of Justice, published on 16th July 2020 and declaring invalid the so-called EU-US Privacy Shield, highlights the importance for businesses transferring personal data between the UK and the EU to be legally compliant.

Both the UK Information Commissioner’s Office (ICO) and the European Data Protection Board (EDPB) as well as the European Commission have started issuing further Brexit-related guidance on what needs to be done to prepare for a “no deal” end to the current UK – EU transition period as have done similar authorities in other jurisdictions.

There is likely to be much focus on this issue in the lead-up to the end of the transition period and beyond.

On 18th August 2020, the EU Commission published an updated “Brexit Readiness Checklist – For Companies Doing Business with the UK” as well as updating its website on  “Getting Ready for the End of the Transition Period”.

On 18th August 2020, the UK Government also helpfully published on its “Transition” website guidance notes on “Food standards: labelling and composition” and on “How to import and export goods between Great Britain and the EU from 1 January 2021”.

Brexit and a Fisherman’s Tale

There are persistent reports that fishing quota issues regarding “British waters” around the UK are proving a very difficult subject to resolve in negotiation between the parties.

According to a report in The Times on 1st September 2020, “Brussels is demanding “relative stability” with quotas set 47 years ago when Britain traded fishing rights to join the European Economic Community”.

The Times report goes on to state that more than 90% of Channel cod is caught by boats from EU member states, with France taking the lion’s share at 84%, and that 2/3rds of the haddock caught in the British Irish Sea is caught by French boats.

The UK is apparently keen to discuss “room documents” covering co-operation on managing fish stocks, objectives for the fishing agreement and a “fallback” position on catch quotas.

According to The Times report, the EU is insisting that the question of quota sharing in “British waters” is resolved first.

Whether all this is posturing or something more profound should soon become apparent.

Brexit and a House of Commons Library Report

On 1st September 2020, the House of Commons Library published a short analytical report on the current state of the UK-EU negotiations for a new post-transition period relationship and what constitutional hoops need to be gone through in order that a binding agreement can be achieved by the end of 2020 when the transition period expires.

The report refers to the procedures for involving the European Council, the European Commission and the European Parliament on the EU side to achieve the necessary EU constitutional approvals for a deal and draws attention to the EU’s comments that the negotiations between the two sides would need to be concluded and finalised by the end of October 2020 in order to ensure that the EU approval timetable can be met.

The report does not dwell on the constitutional approvals that would need to be obtained on the UK side but we do know that the UK Government is aiming to conclude and finalise negotiations by the end of September 2020, if at all possible. This would presumably give sufficient time for any UK  constitutional approvals to be obtained before the end of the transition period.

The report does list the four main ‘sticking points’ to a deal as the House of Commons Library sees it at the time of the report – namely, “Governance of the future relationship”; “the Level Playing Field”; “Fisheries”; and “Police and judicial co-operation in criminal matters”. It also indicates that at various times the UK and EU negotiating teams have indicated possible areas of agreement or compromise on all these areas – with “the Level Playing Field” and “the Fisheries” issues perhaps being currently the most intractable of the issues.

The report is a helpful snapshot of the state of the UK-EU negotiations as the clock ticks on into the Autumn of 2020.

On 27th August 2020, the EU Commission issued an updated Notice to Stakeholders dealing with the consequences of Brexit after the expiry of the transition period for the recognition by the EU and EU member states  of civil jurisdiction, applicable laws and enforcement of judgments as between the UK and the EU.

Subject to whatever is agreed between the UK and the EU in their current negotiations for a new post-transition period relationship, and to the continued recognition in some cases of EU law principles in respect of legal proceedings commenced but not concluded before the end of the transition period and to other provisions specifically laid down in the UK-EU Withdrawal Agreement, the effect of Brexit could mean that after the transition period the general principles of private international law (as modified by non-EU specific international conventions to which the UK and EU may be parties) could apply to such matters in place of the detailed rules laid down by EU Conventions.

The consequences of this could be very significant in relation to the administration of civil justice and it will be interesting to see, therefore, whether the UK and the EU will reach a separate agreement on how to deal with these matters, notwithstanding current arguments (at least by some on the EU side) that any post-transition period relationship deal between the UK and the EU must be struck on an “all or nothing” basis dealing with all the major issues.

There is much speculation as to the real reasons why the UK is apparently refusing to negotiate with the EU on the substance of UK’s state aid policy, in apparent defiance of the EU’s position that  the “level playing field for fair and open competition” has to form part of any post-transition period relationship between the UK and the EU in line with the Political Declaration.

One suggested reason, which is given prominence in an article for The Times on 4th September 2020 by James Forsyth, Political Editor of “The Spectator”, entitled “Johnson sees no deal as better than surrender”, is that the UK Government does not wish to have its hands tied in being able to provide state aid to the UK technology sector. The article quotes one unnamed source close to the UK Government as saying that “state aid is critical if you are going to try and shape arguments in technology”.

Unfortunately, this approach puts the UK on a collision course with the EU, with Michel Barnier, the EU’s chief negotiator, being cited by another article in The Times of 4th September 2020 as warning that the EU will not agree to any deal until the UK Government sets out an acceptable state aid regime that would not allow UK firms a competitive advantage over their EU counterparts.

One approach to resolving this dilemma could be for the EU to have the right to challenge any UK state aid measures (and vice versa for the UK in respect of any EU or EU member state aid measures)  and (subject to dispute resolution procedures) to impose sanctions under the terms of any UK- EU  Free Trade Agreement if such State aid measures are perceived to contravene any “level playing field “ commitments.

The problem is that, the closer that we reach the end of the transition period on 31st December 2020, the larger the disconnect between business and government might appear to be – with the interests of ordinary people being held as a hostage to fortune as a result. In this context, The Times of 4th September 2020 reported that representatives of the UK’s haulage and logistics industry had written to Michael Gove, the UK Cabinet Secretary, warning that that the UK Government’s current Brexit border arrangements are inadequate and risk causing “severe” disruption to supply chains after the end of the transition period, especially if there is no post-transition period deal Brexit.”