Brexit and the Fishing Industry 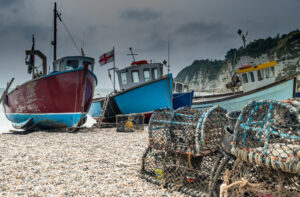 The UK has enacted the Fisheries Act 2020 into UK law on 23rd November 2020 which, according to the accompanying UK Government press release of 24th November 2020, “gives the UK full control of its fishing waters for the first time since 1973” and “will enable the UK to control who fishes in our waters through a new foreign vessel licensing regime and ends the current automatic right for EU vessels to fish in UK waters”.

There has been discussion about how the issue of EU fishing quotas in UK waters can be resolved and the extent to which such quotas can be controlled through a system of licensing of foreign fishing vessels and/or through restrictions on the levels of foreign ownership of British-registered fishing trawlers.

By the same token, there have also been discussions about the extent to which UK fishing vessels can have access to EU ports following the end of the post-Brexit transition period.

One suggestion made by the EU in the event that it proves impossible for the UK and the EU to reach a new “deal” before the end of 2020 is that the fishing arrangements in place during the transition period are extended for a further period of one year while the parties continue their discussions on fishing arrangements but not so as to hold up the ability of the two sides to reach agreement (even if only an interim one) on the many other matters that unite them – although the UK and EU fishing industries might feel that this makes them a hostage to fortune and removes the incentive for the UK and EU authorities ever to reach agreement on fishing rights in the longer term.

Fishing is a very emotive issue – even if economically not the most important one on the agenda of UK and EU negotiators – but many would hope that the emotions can be contained and a sensible solution reached from the perspective of all interested parties.

Brexit and the Regulation of Digital Markets and Digital Services

An issue that has been much debated in the context of the on-going UK-EU discussions for a new post-Brexit transition period relationship has been how the EU’s wish for a “level playing field” for open and fair competition between the UK and the EU can be squared up with the UK’s wish for “divergence”, the sovereign right to go its own way on post-Brexit transition period regulation if it sees fit.

One of the first tests for this dichotomy of approaches is likely to be around the regulation of powerful online digital platforms such as Facebook, where both the UK and the EU are seeking to impose their own specific regulatory approaches in the future.

On 15th December 2020, the EU Commission published a proposal for a Digital Markets Act to ensure contestable and fair markets in the digital sector. This proposed Act is intended to address the negative consequences of certain behaviours by platforms acting as digital “gatekeepers” to the single market. In the same press release, the EU Commission announced proposals for a Digital Services Act, imposing binding EU-wide obligations which will apply to all digital services that connect consumers to goods, services, or content, including new procedures for faster removal of illegal content as well as comprehensive protection for users’ fundamental rights online.

The UK has also been busy in this area and, for instance, as one of a number of measures in the digital sector, on 27th November 2020 the UK Government announced the establishment of a Digital Markets Unit (DMU), to be housed within the UK’s Competition and Markets Authority (CMA), to safeguard competition in respect of digital platforms and to work with regulators such as the Office of Communications (Ofcom) and the Information Commissioner’s office (ICO) to produce and enforce a new statutory code of conduct governing the behaviour of companies designated as having “Strategic Market Status” (SMS).

Both the UK and EU seem to be thinking along similar lines in many respects but it will be interesting to see how much divergence there is likely to be in practice between how “SMSs”  and “gatekeepers”  are regulated in their separate jurisdictions.

One area of possible divergence in the digital services sector between the UK and the EU might be around legislation to deal with “online harms” where the UK Government in its final response (published coincidentally on 15th December 2020) to the previous UK Government’s Online Harms White Paper has apparently made clear its intention to legislate against both illegal content and harmful (not illegal) content appearing in online platforms, whereas it appears that the proposed EU legislation may not cover harmful (but not illegal) online content in the same way because of concerns about infringing rights to freedom of expression.

The regulation of digital markets and digital services is likely to be a prominent issue in both the UK and the EU for the foreseeable future as the UK and the EU embark on their post-Brexit transition period journeys.

On 17th December 2020, the UK Government issued a press release confirming that the controversial UK Internal Market Act had that day been enacted into law. This is on the basis that the provisions in Part 5 of the original UK Internal Market Bill, enabling the UK Government as a matter of UK domestic law to override the UK’s international treaty obligations in the Ireland/Northern Ireland Protocol to the UK-EU Withdrawal Agreement, have been dropped from the final Act.

The object of the Act, as flagged up by the UK Government, is to ensure that the powers repatriated from the EU to the UK and to the UK’s devolved administrations following the expiry of the post- Brexit transition period are exercised in such a way as to comply with the “Market Access Principles” spelt out in the Act with a view to the shared internal market of the four nations of the UK (England, Wales, Scotland and Northern Ireland) operating effectively and without legal barriers between them.

In its press release, the UK Government described the two Market Access Principles as being –

>>> the principle of mutual recognition (MR) ensuring that regulations from one part of the UK are recognised across each of the others; and

>>> the principle of non-discrimination (ND) supporting companies trading in the UK, regardless of where in the UK they are based, by preventing unreasonably discriminatory regulation.

The press release confirms that the Office for the Internal Market (OIM) will monitor the running of the UK Internal Market and will provide independent, technical advice to the UK Government and to the three devolved administrations in Wales, Scotland and Northern Ireland and to their legislatures and sit within the UK Competition and Markets Authority (CMA).

There is a certain irony in the UK Government apparently seeking to replicate, at least to a certain extent, within the UK the kind of single market principles that apply at EU level between EU member states.