Whilst there are hopes that the UK and the EU will reach an agreement on fishing rights, which would apply following the end of the transition period, concerns have been expressed that any such deal would be rejected by the fishermen themselves  with the possible consequence that Channel ports ( such as Calais) would be blockaded  and cross- border trade and traffic across the Channel severely disrupted as a result.

The Times of 3rd June 2020 quotes Barry Deas, the chief executive of the UK ‘s National Federation of Fishermen’s Organisations, as referring to the possible militancy of French fishermen  who benefit from the current EU common fisheries policy but would potentially lose out significantly under the UK’s proposals for annual fishing quotas with the EU , which are based on “zonal attachment”  reflecting where fish stocks are actually located.  Apparently, French fishermen currently land 84% of the cod caught in the Channel and 66% of the haddock caught in the Irish Sea and, therefore, for them there is a lot at stake.

This is clearly an unpredictable situation, which the UK and the EU sides will need to take into account in their deliberations. 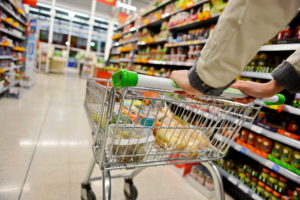 As reported in The Times of 5th June 2020,  the journal “Nature Food” published a study on 4th June 2020, highlighting the UK’s reliance on imported fruit and vegetables from a small number of EU countries, including the Netherlands and Spain.

Spain accounts for 33% of fresh vegetable imports and 16% of fresh fruit imports into the UK and the Netherlands accounts for 28% of fresh vegetable imports into the UK.  Overall, the UK imports almost half of its food, including more than 80% of its fresh fruit. Ferry services – including in particular the Dover and Calais/ Dunkirk ferry routes and the Channel Tunnel’s freight shuttle services between Folkestone and Calais – account for more than 80% of apples, oranges and lettuces imported into the UK as well as nearly 70% of tomatoes and nearly 50% of potatoes.

The study in  “Nature Food” focussed very much on the possible effects of Covid-19 on the disruption of food supply chains into the UK – though thankfully to date such disruption does not appear to have materialised – but also flags up the importance of ensuring that Brexit does not become another disruptive factor.

Brexit is, of course, not only relevant to the supply of food from the EU to the UK but also to the supply of migrant labour to the UK, which has traditionally been vital to the harvesting of the UK’s own fruit and vegetable crops within the UK. About 70,000 – 80,000 seasonal agricultural workers normally come from overseas each year (including EU countries) to help with the harvest –  very important at the moment, as the UK Government itself recognises through their intention to exempt such workers from the proposed 14 day quarantine rule.

Hold-ups of food in the Channel ports of the EU would not be welcome. The inability to attract seasonal migrant agricultural workers to the UK  could also be a problem for different reasons. Hence, the need for a good deal between the UK and the EU on their new post-Brexit relationship.

The Times quotes Bob Doherty, of the University of York, a co-author of the study in “Nature Food”, as saying: “Covid 19 has demonstrated the need for a good trade deal with the EU”.

The UK and the EU negotiating teams have issued their press statements through their respective team leaders, David Frost and Michel Barnier, on the outcome of the fourth round of UK-EU negotiations for a new post-Brexit relationship, which took place by video-conference from 2-5 June 2020 inclusive.

Predictably, there were no major breakthroughs and both sides were somewhat downbeat in their assessments of the fourth round of negotiations. David Frost was as usual briefer in his statement than Michel Barnier but then David Frost has in a sense only one client to address – namely the UK – whereas Michel Barnier has to think of the interests of all 27 members of the EU which in a sense he represents.

David Frost commented in his statement that progress remains limited and that a new urgency and needs to be injected into the negotiations if an agreement is to be reached and approved before the end of the Transition Period currently due to take place on 31st December 2020. He said that, if there is to be an agreement, it must accommodate the UK’s concerns on level playing field, fisheries and “other difficult issues”.

Michel Barnier went into more detail about his level of anxiety with the current state of the negotiations and in particular highlighted level playing field commitments, guarantees of fundamental rights and freedoms in police and judicial co-operation in criminal matters, and fisheries and governance issues as areas of concerns. He repeatedly harked back to the importance of adhering to the Political Declaration, which accompanied the UK-EU Withdrawal Agreement. He did appear, however, to accept that a little progress had been made in human rights issues and in addition The Times commented in its report of 6th June 2020 that the EU had “dropped a contentious demand for European law to apply in Britain as the price of a trade deal “ – if The Times report is indeed accurate then, from a lawyer’s perspective, this dropping of a key demand might be more than the “symbolic concession” that The Times seemed to think it was.

The good news is that both parties seem keen to continue their negotiations with increased vigour with a view hopefully to reaching agreement (subject to ratification) by the end of October 2020 so that the new relationship can come into existence from 1st January 2021.

On next steps, UK Prime Minister, Boris Johnson, is expected to hold a video call with EU Commission President, Ursula von der Leyen, and European Commission President, Charles Michel, before 19th June 2020 and there is to be a second meeting of the Joint Committee set up under the UK-EU Withdrawal Agreement sometime in June 2020.

All eyes are now looking at whether the Transition Period will be extended beyond 31st December 2020 (which the UK Government remains adamant will not happen) or whether (as seems more likely at this point) new and more intense meetings are put into diaries for further negotiating rounds in the second half of 2020 leading up to a desired cut-off for negotiations of 31st October 2021.

One of the few plus points of the dreadful Coronavirus in this situation is that the negotiators might well not have the distractions of summer holidays to think about in 2020 and can devote more time to the job in hand – of trying to reach agreement on a new UK-EU post-Brexit relationship!