Here is a selection of the latest articles on Brexit-related developments:-

On 3rd July 2020, the UK Government published on its website an update of its guidance with regard to .eu domain names.

Referring to the European Commission Notice to Stakeholders of 18th July 2019 and to the Brexit Notice dated 3rd June 2020 from EURid,  the .eu domain names registry,  the UK Government notice confirmed that (in the absence of any contrary arrangement agreed between the UK and the EU) with effect from 1st January 2021  UK legal entities or UK citizens with no relevant establishment or presence in the EU or the EEA would no longer be able to hold .eu domain names.

The implications are quite complex but the guidance seems clear that, if they have not done so already, persons caught by the new rules should consider taking urgent steps to migrate their online activities onto other available domain name platforms or transferring their registrations to EU/EEA recognised persons.

This is one of the important items that should be included in Brexit-related checklists prepared by UK businesses as part of their post-Brexit planning.

Brexit and Civil Jurisdiction and the Enforcement of Judgments

At the end of the transition period (due to occur on 31st December 2020) established under the UK-EU Withdrawal Agreement, the UK will cease to be a party to the Recast Brussels Regulation 1215/2012 and other provisions for the allocation of civil jurisdiction and the reciprocal enforcement of judgements within the EU and, in the absence of a new agreement between the UK and EU,  dispute resolution and the enforcement of judgments between the UK and the EU may become much harder. The UK has expressed an intention to join the Lugano Convention 2007 in its own right and, if the EU agrees to this, the previous situation may well be substantially restored.

There are also implications for the wider relationship between the UK and the EEA in the context of civil jurisdiction and reciprocal enforcement of judgments at the end of the transition period, where again the previous situation may well be substantially restored if all parties agree to the UK joining the Lugano Convention 2007 in its own right.

The UK has also expressed an intention to adhere to the Hague Convention on Choice of Court Agreements 2005, which may ameliorate the situation in relation to contracts with exclusive jurisdiction clauses, and is indeed seeking to incorporate that Convention into UK domestic law through the Private International Law (Implementations of Agreements) Bill, currently before the UK Parliament.

The effect of Brexit on contracts with a UK and /or EU and/or EEA connection will need to be kept closely under review, particularly in the light of the ongoing discussions between the UK and the EU for a new post-transition period relationship.

Brexit and the E-Commerce Directive 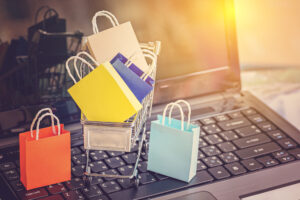 The UK Government published a notice on 6th July 2020 reminding stakeholders that at the end of the transition period on 31st December 2020 (and in the absence of other agreed arrangements) the EU E-Commerce Directive 2000/31/ EC of 8th June 2000 would cease to apply to UK- established  “information society service providers”  because the  UK would henceforth be treated as a third country established outside the EU. The result is that such UK -established “information society service providers” will have to comply with the relevant e-commerce laws of each EU country where they operate rather than being able to rely on compliance with the laws of their home state (in this case, the UK).

The UK Government, therefore, urges such providers to take the steps necessary to ensure that as from the end of the transition period they can comply with the e-commerce laws of the EU countries where they operate. This might presumably include setting up an establishment in a relevant EU jurisdiction from which they could operate so as to take advantage of the EU  E-Commerce  “home state” establishment rules.

On 17th July 2020 the UK Financial Conduct Authority (FCA) published a new webpage which provided further information on the legal consequences of the EU E -Commerce Directive ceasing to apply to the UK after the end of the transition period.

On 9th July 2020, the European Commission published a helpful Communication giving guidance on what needs to be done by business and individuals from an EU perspective to prepare for the end of the transition period, regardless of whether there is a deal between the UK and the EU on their future economic and political relationship.

The Communication deals in broad outline with a number of significant areas of activity and law which are likely to be affected by the ending of the transition period whatever happens and includes specific sections on Trade in Goods; Trade in Services; Energy; Travelling and Tourism; Mobility and Social Security Coordination; Company Law and Civil Law; Data, Digital and Intellectual Property Rights; and International Agreements of the European Union.

A helpful signpost for what needs to be done to prepare for the end of the transition period!

Brexit and the UK Border

The UK Government has announced a £705 million financial package to improve border, infrastructure and IT systems in England, Scotland and Wales in readiness for the end of the transition period and the full implementation if the post-Brexit regime thereafter. Northern Ireland is being handled separately under the terms of the Ireland/ Northern Ireland Protocol.

Leaked UK Government reports suggest that there is concern that the six months’ delay after the transition period in implementing the requirements for customs forms and other paperwork  connected to the import of goods into the UK from the EU could lead to an increase in smuggling and legal challenges from the World Trade Organisation. The UK Government is, therefore, keen to show that its border controls will be efficient and tight where they apply.

It is also reported that the UK Home Office will publish on 13th July 2020 further details of its new points-based immigration system to apply after the transition period. This would include provision for a new health and care visa, which would be intended to secure the continued provision of the necessary vital health care staff from overseas where necessary to support the NHS. There will also be a new “graduate route” into the UK  so that those with a bachelor’s  or master’s degree will be able to stay for two years in the UK and those who have completed a PhD will be able to stay for three years.

Dealing with the practical implications of Brexit so as to minimise disruption wherever it might apply is clearly of fundamental importance to the UK.

Brexit and the UK Devolved Administrations

On 15th July 2020, the UK Government announced plans to ensure that trade between the 4 nations of the United Kingdom (England, Wales, Scotland And Northern Ireland) can continue seamlessly following the expiry of the transition period and the repatriation of powers from the EU. A UK Government internal market white paper was published on 16th July 2020 in this regard which has a 4 week consultation period.

The UK Government press release talks about the devolved administrations in Wales, Scotland and Northern Ireland receiving new powers in at least 70 policy areas (including parts of employment law, land use and air quality) to support the coherence of the internal market between the UK’s 4 nations and states:-

“Without this action to preserve the status quo of seamless domestic trade, businesses across the UK could face serious problems: a Welsh lamb producer could end up unable to sell their lamb in Scotland, or Scotch whisky producers could lose access to supply from English barley farmers. These proposals create certainty for businesses that might otherwise face a complex and increasingly fragmented regulatory environment.”

First reactions to the new proposals, certainly from the Scottish Government, are, however, mixed in that there appears to be some concern from the devolved administrations that the effect of those proposals would be to strengthen the powers of the UK Government at the expense of the devolved administrations by forcing them, for instance, to accept lower food standards (the “chlorinated chicken” problem) as the price for free movement of foodstuffs within the United Kingdom. Whilst the UK Government’s proposals apparently envisage an independent body being set up to analyse and advise governments over any related internal market disputes, there is a report in the Times of 16th July 2020 that the Scottish Government might be considering legal action against the UK Government to halt what it fears could be a downgrading of its overall powers in pursuit of the internal market vision of the UK Government.

This is an issue that may well achieve greater prominence as the UK Government internal market plans unfold.