On 22nd October 2020, the Law Society of England and Wales published three helpful guidance notes on the “Brexit” section of its website (www.lawsociety.org.uk) on upcoming changes to “civil judicial co-operation “ between the UK and EU states following the end of the UK-EU transition period on 31st December 2020  – these guidance notes relate to “taking of evidence” and “service of documents” where, according to the Law Society website as at 1st November 2020, the changes are “already determined”  and “rules on jurisdiction” where, according to the same website as at the same date, the changes are dependent upon the outcome of the UK application to accede to the Lugano Convention 2007 on jurisdiction and the recognition and enforcement of judgments in civil and commercial matters.

On the “taking of evidence”, the relevant guidance note states that, after the end of the transition period, the Hague Convention 1970 on the taking of evidence abroad in civil or commercial matters will apply as between the UK and those EU member states which are party to the convention (which would currently exclude Austria, Belgium and Ireland).  The note explains that, where the 1970 convention does not apply, letters rogatory will have to be sent to the national courts via diplomatic channels.

On the “service of documents”, the relevant guidance note states that, after the end of the transition period, the Hague Convention 1965 on the service abroad of judicial and extrajudicial documents in civil or commercial matters will apply as between the UK and those EU member states which are party to the convention (which at the present time includes all 27 current EU member states).

The resolution of issues on “jurisdiction” may become unnecessarily complicated unless the UK and the EU can reach agreement on the way forward.

Brexit and the ATA Carnet

In the post-Brexit transition period world, one possibility for ensuring the free circulation of non-perishable goods between the UK and the EU, at least on a temporary basis, is the use of the ATA Carnet system.

As described in the UK Government’s Border Operating Model, updated in October 2020, the ATA Carnet is an international customs document that can be used by private travellers and businesses in over 70 different countries around the world. It allows non-perishable goods to be temporarily moved between countries without the payment of customs charges and is often valid for one year from the date of issue.

ATA Carnets are often issued by Chambers of Commerce (such as the London Chamber of Commerce and Industry) and different countries have their own rules about what goods can be brought with an ATA Carnet but it can commonly be used for bringing in samples of goods to show at trade fairs or sales meetings and to provide equipment for events on a temporary basis.

Each ATA Carnet is normally made up of a cover, vouchers and grouped counterfoils and can be used to move goods between many countries before their return or for multiple trips using the same Carnet. The cover sheet will show the holder’s name and address, the corresponding details for the holder’s representative, how the Carnet-holder means to use the goods, which countries the Carnet can be used in and how long the Carnet is valid for.

The use of an ATA Carnet does not dispense with the need to comply with licensing controls or the requirements for restricted or prohibited goods and if the goods are not re-exported when they should have been after temporary admission the customs authorities in the country of temporary admission may require payment of the customs charges which would have been payable if they had been admitted permanently.

The ATA Carnet may be a useful tool in the post-Brexit world when moving goods temporarily between Great Britain and the EU (with special provisions possibly in place for Northern Ireland). 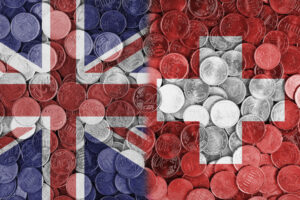 On 5th November 2020, the UK Government published on its Brexit “Transition” website a guidance note entitled “Trade with Switzerland from 1 January 2021”, which is a much more detailed guidance note than the UK Government has published for trade with a number of other countries. This evidences the importance of the UK- Swiss trading relationship as well as a similarity of perspectives borne perhaps out of each other’s physical proximity to and dealings with the EU.

The centrepiece of the UK–Swiss trade relationship for their post-Brexit transition period relationship is arguably the trade agreement that was entered into between the two countries in February 2019 and the new UK Government guidance contains information for UK businesses trading with Switzerland on aspects of trade that will change when that trade agreement takes effect following the end of the post-Brexit transition period (which the guidance defines as “from 1 January 2021 (or as soon as possible thereafter)”).

The guidance note describes the trade agreement as including provisions on:-

>>>  intellectual property, including geographical indications; and

>>> Rules of origin  – a detailed section split into 7 sub-sections, including circumstances where deemed origin principles may apply and where in particular UK businesses can continue to treat EU materials or processing as if they were of UK origin for the purposes of trade with Switzerland;