In parallel with the current UK-EU negotiations for a new post-Brexit free trade agreement, there are negotiations between the UK and the EU on a new fisheries agreement to replace the EU’s Common Fisheries Policy as far as the UK is concerned.  There are also the negotiations between the UK and the US for a new free trade agreement which have reportedly focussed to some extent on proposals to allow the US to export into the UK products such as chlorinated chickens, which were not previously allowed into the UK under EU food standards rules.

In its edition of the 8th June 2020, The Times reports that the UK talks with the EU on a new fisheries agreement between them appear to have reached an impasse because France and other Western European EU coastal nations have apparently raised fundamental objections to UK proposals for a new quota system to operate in UK coastal waters post- the transition period , based on “zonal attachment “ ( ie based on where fish stocks are rather than on historical fishing rights). According to The Times, Mr Barnier, the chief EU negotiator,  summed up the dilemma this way: “On fisheries…the EU wants the status quo, the UK wants to change everything.”

Under the terms of the non-binding Political Declaration ,which accompanied the UK-EU Withdrawal Agreement, the parties undertook to use their “best endeavours” to conclude and ratify their new fisheries agreement by 1st July 2020. Time is getting short. 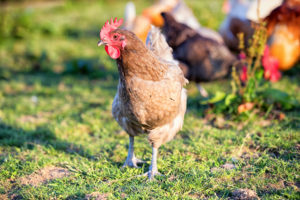 At the same time, there is public controversy in the UK as to whether the UK should accept the US’s demand to admit chlorinated chicken exports from the US into the UK or whether this would constitute an unacceptable lowering of food standards, given adverse reports about US farming methods for chlorine-doused chickens. Liz Truss and George Eustice – who are respectively The UK Government’s Secretaries of State for international trade and for the environment – are reported in The Times as saying in a joint letter that “we [ie the UK] will not lower our standards as we negotiate new trade deals” but this begs the question as to whether the admission of chlorinated chickens would constitute such a lowering of standards. The EU certainly seems to think that it would and has been reported elsewhere as seeking to insert a clause into its own new proposed new free trade agreement with the UK that the UK would not permit the import of chlorinated chickens from the US into the UK – which the EU would consider to be an unacceptable precedent for its own future trade relations with the US.

In an opinion piece for The Times on 8th June 2020, the journalist, Clare Foges, states that “Brexit risks triggering a race to the bottom” from the UK perspective, as the UK might allegedly feel pressured to compromise on health and safety standards in order to get trade deals in place with third countries such as the US, and counsels against this by arguing that the UK should take its time (including through agreeing an extension to the transition period beyond 31st December 2020 with the EU, if necessary) to get a new strong trade deal agreed with the EU i as a marker for future trade deals with other important trading partners such as the US.

Unfortunately, the issues are not straightforward and the stories of chickens and fishes are likely to achieve more prominence as the UK’s trade negotiations with the EU, the US and others continue.

The UK Government (with the support of the UK Devolved Administrations) has published further information about its intention to set up a UK ETS following the transition period (currently due to expire on 31st December 2020 under the UK-EU Withdrawal Agreement). The UK Government has also signalled its intention to consider the introduction of a carbon emissions tax, which would take effect following the transition period as an alternative to a UK ETS, and has incorporated provisions concerning such a tax in the Finance Bill 2020.

The UK ETS would replace the UK’s current involvement in the EU Emissions Trading System (EU ETS) but the UK Government has made it clear that it would be happy for the UK ETS to be linked with the EU ETS in some way so as presumably to promote a Europe-wide carbon emissions control agenda.  The EU response so far seems to have focussed on the maintenance of high environmental standards and the need to ensure that the UK ETS would not lower them before the EU would agree to such a link with the EU ETS.

There should be scope for UK-EU co-operation on this issue because both the UK and the EU have stressed in different ways the paramount importance of combatting harmful climate change.

Brexit, Border Checks and the Next Phase of Negotiations

On 12th June 2020, the UK and the EU held the second formal meeting of the Joint Committee, which was set up under the UK-EU Withdrawal Agreement to monitor and facilitate the implantation of that Agreement.

The outcome of that meeting, as reported in separate announcements by each side, was that the UK made it clear that it would not seek or agree an extension of the transition period, which is currently due to end on 31st December 2020. The EU stated, however, that it remained open to such an extension.

Meanwhile, both sides have agreed to intensify their programme of work and discussions and negotiations through committees over the coming months, with the heads of the two teams (David First for the UK and Michel Barnier for the EU) meeting directly as appropriate. The two sides’ announcements, reporting on the second Joint Committee meeting outcome, were noticeably emollient in this regard.

Separately, the UK Government announced on the same day that, in the absence of a new UK-EU trade deal, it would in any event be relaxing the implementation of new border controls on the importation of goods from the EU,  which would otherwise have come into force on 1st January 2021. Under the new plans, the new border controls (including new customs declarations and other paperwork and import duty payment provisions) would be introduced in three stages between from 1st January 2021 to 1st July 2021 rather than in one stage on 1st January 2021 and would be supported by £50 million pounds’ worth of grants to accelerate the growth of the UK’s customs intermediaries’ sector.

Brexit- related activity at government level is likely to become more high profile from now on and for the duration of 2021, at least on the assumption that the coronavirus pandemic can continue to be brought under control.