There are developments afoot in the world of UK farming and agriculture as the transition period, set up under the UK-EU Withdrawal Agreement, moves towards its close, currently due to occur on 31st December 2020. 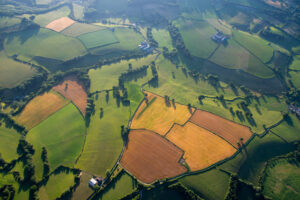 The UK Government’s Agriculture Bill has had its second reading in the House of Lords and is intended to set up a new system of financial support for UK farmers following the UK’s withdrawal from the EU’s Common Agricultural Policy at the end of the transition period. There is concern, however, that the Bill will also lead to a lowering of health and safety standards on imported food products as the UK seeks to establish new trade deals with third countries following the UK’s  likely departure from EU–inspired food regulation control at the end of the transition period.

Meanwhile, the UK Government has also proposed new secondary legislation, in the form of the draft Direct Payments Ceilings Regulations 2020 to be made in line with the UK’s Direct Payments to Farmers (Legislative Continuity) Act 2020, so as to continue to benefit from EU-derived payments under the EU’s Common Agricultural Policy during the transition period itself.

Food, farming and agriculture are one of the most sensitive areas of concern, both within the UK and the EU, arising from Brexit and come into a number of areas of debate between the UK and the EU in their current negotiations for a new post-Brexit relationship.

Brexit and the “Oomph” Factor

The two sides issued short identical statements following the high–level meeting which applauded the efforts so far but noted that the two sides would step up the intensity of their discussions from now on with a view to reaching agreement by the end of 2020. The plans for further discussions “should include, if possible, finding an early understanding on the principles underlying any agreement”. The identical statements also noted that the UK would not agree an extension to the transition period, which will, therefore, come to an end on 31st December 2020.

On 16th June 2020, The Times reported that the EU side might well now be prepared to agree the UK position on fishing rights – namely, that respective access to UK and EU coastal waters and fishing quotas in those waters would be agreed by the UK with the EU on an annual basis according to the principle of “zonal attachment” (ie the fishing stocks estimated to be present in those waters at the time) rather than on the basis of historic fishing quotas as under the EU’s Common Fisheries Policy. Any such concession on the part of the EU side would, however, be conditioned on the two sides reaching agreement on all other points of principle outstanding between them. Nevertheless, such a movement by the EU side would be an important psychological step towards breaking the apparent stalemate in negotiations between the two sides and would be in line with the relatively upbeat message coming out of the high level meeting between the two sides on the previous day.

Meanwhile, work on detailed matters continues and on 15th June 2020, for instance, the UK Government also updated its guidance on the technical regulations and procedures for having breeding animals and breeding programmes mutually recognised in the UK and the EU.

This explains why the House of Lords EU Sub-Committee has decided to publish a letter dated 8th June 2020 that it has sent to the UK Department for Business, Energy and Industrial Strategy asking for the Department’s assessment of the EU Temporary Framework in the context of all the Covid-19 mitigation measures taken by the UK Government to combat the adverse economic effects of the pandemic.

This requested assessment would include an analysis of the exclusion from approved Covid–19 mitigation measure of businesses that were “already in difficulty” on 31st December 2019.

In their letter, the Sub-Committee’s Chairman, Lord Kinnoull, also requests clarification on whether “Project Birch”, the UK Government’s planned rescue package for UK business, would fall within EU state aid rules and the same question is asked in relation to the Bank of England “Covid Corporate Financing Facility “ and to the UK Government’s “Future Fund” for growth businesses.

These are important issues, though it does appear from anecdotal evidence that the European Commission is in any event taking a pragmatic approach in in administering the EU Temporary Framework for state aid measures and actively granting the necessary approvals under the Framework where it does apply.