Brexit and the Agriculture Act 2020 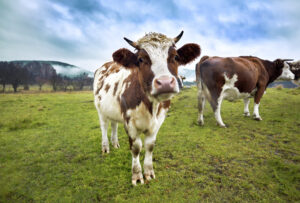 The Act is of quite general application to England and, in the context of Wales, Scotland and Northern Ireland, may well need to be supplemented by local legislation promoted by the UK devolved administrations.

The Act sets up frameworks for state financial support to be provided to farmers after the post-Brexit transition period ends on 31st December 2020 and also under the further seven-year period that farmers will have to adapt to a new agricultural system following 31st December 2020. This includes new schemes to pay farmers for producing “public goods” such as environmental or animal welfare improvements.

The Act also includes provisions enabling the UK to meet its obligations under the World Trade Organisation (WTO) Agreement on Agriculture. Significantly, the WTO Agreement sets limits on the support that countries can provide to their farmers where that support is considered to be trade-distorting.

The Act contains measures enabling the UK Government to intervene in agricultural markets in exceptional conditions and also contains measures to increase transparency and fairness in the supply chain for farmers and food producers.

The implications of Brexit for UK farmers are profound and the Act is clearly a very important piece of legislation for the future of UK farming.

The EU has had a 16-year dispute with the US, challenging the legality of alleged US aircraft subsidies to Boeing under World Trade Organisation (WTO) rules.

The US for its part over this period has challenged alleged EU aircraft subsidies to Airbus under WTO rules, leading to the US imposing WTO-authorised additional import tariffs on US$ 7.5 billion of EU goods.

The  result is that the Boeing and Airbus aircraft subsidy disputes have indeed become every much entangled with each other, though there are prospects now for resolution.

In relation to the Boeing dispute, and with the authority of the WTO and pursuant to EU Commission Implementing Regulation (EU) 2020/1646, on 9th November 2020 the EU announced the imposition of additional tariffs on US$ 4 billion of US imports, consisting of an additional 15% duty on imports of civil aircraft and an additional 25% duty on a large number of imports of other US goods, ranging from salmon to tractors to tobacco.

Both the EU and the US have indicated that they would like to see all these subsidy disputes settled and, with the results of the recent US presidential and congressional elections in mind, it will be interesting to see what happens.

The additional tariffs on US goods will apply to US imports to the UK during the post-Brexit transition period due to end on 31st December 2020. It is not yet clear whether the UK will continue with these additional tariffs after the post-Brexit transition period, although a Reuters report of 29th October 2020 quotes Liz Truss, the UK’s International Trade Secretary, as indicating that she would like to reserve the UK’s right to do so if the US and EU are not able to resolve their differences on aircraft subsidies. It is likely, however, that the US would argue that the UK has no authority under WTO rules to do so, because the UK is not a party to the Boeing dispute in its own right.

From a Brexit perspective, it seems that the EU-US aircraft subsidies dispute inevitably will have trade implications for the UK, one way or another, because for the UK both the EU and the US are such important trading partners. How the UK deals with it may set a benchmark for the future in the UK’s trade relations with both these powerful trading blocs.

Brexit and the Continuity of Medical Supplies

On 17th November 2020, the UK Department of Health and Social Care (DHSC) published two documents, with the end in mind of the post-Brexit transition period on 31st December 2020  – one, a letter of the same date, which the DHSC’s Chief Commercial Officer, Steve Oldfield, has written to medicines and medical product suppliers, and the other, an updated guidance note listing the UK Government contacts that medical supply businesses can access to keep medical products flowing into the UK from 1st January 2021.

The letter of 17th November 2020 from Steve Oldfield, which follows an earlier letter from him of 3rd August 2020, focuses on the need to ensure the continuity of the supply of medicines and medical products into the UK, despite the exigencies of the end of the post–Brexit transition period, and encourages medicines and medical product suppliers to be pro-active in facilitating that process.  As part of the UK Government’s “Border planning assumptions”, the letter accordingly lists a number of related measures that are being taken or advised by the DHSC and other governmental authorities (including the UK devolved administrations) in conjunction with suppliers, under the headings:-

The letter also provides a number of useful links in the UK Government that suppliers can access in connection with their continuity planning.

The updated DHSC guidance note dated 17th November 2021, in addition to listing relevant UK Government contacts,  goes into some detail about UK import controls on EU goods following the end of the post-Brexit transition period, offering some practical points such as that “businesses can prepare for border controls by making sure that they have an Economic Operator Registration and Identification (EORI) number and looking into how they want to make declarations, such as using a customs agent”.

With Covid-19 having introduced huge stresses of its own into the continuity of medical supplies, the UK Government is clearly on a mission to minimise the additional risks posed by the ending of the post-Brexit transition period.