At what point is it a legally binding and enforceable contract? 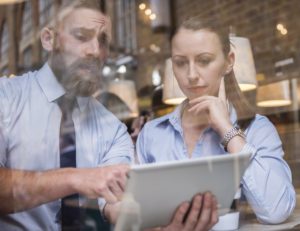 Once people have agreed the essential terms of a contract, the one remaining issue for it to be legally binding and enforceable is whether or not the parties intended it to be legally binding.  If they both sign a formal legal document, then the answer is obvious.  If they exchange letters or emails agreeing the relevant terms and don’t expressly say that the correspondence is “subject to contract”, the courts will assume they did mean the terms to be legally binding.  But what about just talking about a possible deal in semi social surroundings –  over a working lunch or in the pub?  Could what was discussed and “agreed” then become legally binding?

Twice in the last year, the High Court has been asked to decide exactly that.  In both cases, the court concluded, on the basis of the specific facts, that at least one of the parties had not meant the discussions to be binding, but the fact that it took several days of High Court time to come to that conclusion shows the risk of careless informal discussions.

In Blue v Ashley, Mike Ashley (the owner of Newcastle Utd and a director of Sports Direct) told his associate, Mr Blue, he would give him £15m if he got Sports Direct’s share price up to £8 per share.  The promise was made in a pub over [several] beers in the presence of 5 witnesses.  They all agreed the comment had been made, but also agreed with Mr Ashley that they had not taken it seriously and did not think it was meant to be a binding contract.  There had been no follow-up correspondence about the conversation.  The court thought the terms of the promise were too vague (e.g. no mention of timescales) and also that it was unlikely that Mr Ashley intended to conclude such a valuable contract in the pub without any formal documentation.  The judge decided there had been no intention to create legal relations.

In MacInnes v Gross, Mr MacInnes, an experienced banker, claimed €13.5m commission for assisting with the sale of one of Mr Gross’s companies.  The deal had been reached, he claimed, over dinner in London, and the terms were reflected in an email he sent Mr Gross the following day.  The court decided that the wording of the emails supported Mr Gross’s argument that no final agreement had been reached, particularly as to exactly how Mr MacInnes’s compensation was to be worked out.  The email used phrases like “headline terms” and said “Next time we see each other, let’s make a proper contract” which indicated that the discussions were not to be seen as final and binding.

The judge, Coulson J, however, noted that “a contract could be made anywhere, in any circumstances” – a clear warning that even apparently casual arrangements made in a social setting could result in the parties being bound by legal contracts.  The more informal the setting, the more the court would want very clear evidence that the parties did in fact intend to create legal relations, but it would depend on all the circumstances.  Following up, for example, by email setting out the terms and saying they have been agreed would often strongly support the claim that the arrangements were binding, particularly if the other party did not contradict them, but as MacInnes v Gross illustrates, the wording of the email may also be critical evidence of the parties’ true intentions.

The post At what point is it a legally binding and enforceable contract? appeared first on ExcelloLaw.co.uk.